How Countries Around The World Celebrate Mother’s Day

In 1914, President Woodrow Wilson signed a bill that designated the second Sunday in May as Mother’s Day, a holiday that was intended to celebrate “the best mother in the world, your mother.” Although he made it a federally recognized occasion, the 28th president didn’t come up with the idea for the holiday himself—that honor lies primarily with Ann Reeves Jarvis and her daughter, Anna M. Jarvis.

During the Civil War in the mid-19th century, Ann Reeves Jarvis, an Appalachian homemaker, started several mothering groups aimed at teaching women how to raise a family and encourage their children to find peace with one another.

Following her mother’s death in 1905, Anna M. Jarvis began campaigning for a day to honor not only the impact her mother had on the local community, but also the impact mothers have on society at large. Following her urging, Anna Jarvis’ church in Grafton, West Virginia, held a service on the second Sunday in May 1908, honoring the mothers in the area. The idea took off, and soon churches and businesses all over the country were doing the same thing.

While the holiday started off as a simple way to acknowledge the unsung work so many mothers do, it quickly became commercialized as businesses realized they could capitalize on the love people have for their mothers. Today, it’s commonplace to give flowers, gifts, and cards to moms, and to take them out to restaurants that often create special Mother’s Day menus.

While Mother’s Day is now a holiday celebrated around the world, this commercialization, which Anna M. Jarvis reportedly hated, isn’t an essential piece of every culture’s festivities. To that end, Sunday Citizen compiled a list of Mother’s Day traditions across 10 countries—including how to say “Happy Mother’s Day” in that country. From cleaning graves of female ancestors to awarding medals to the most fertile women, read on to see how different places choose to celebrate the women who give us life. 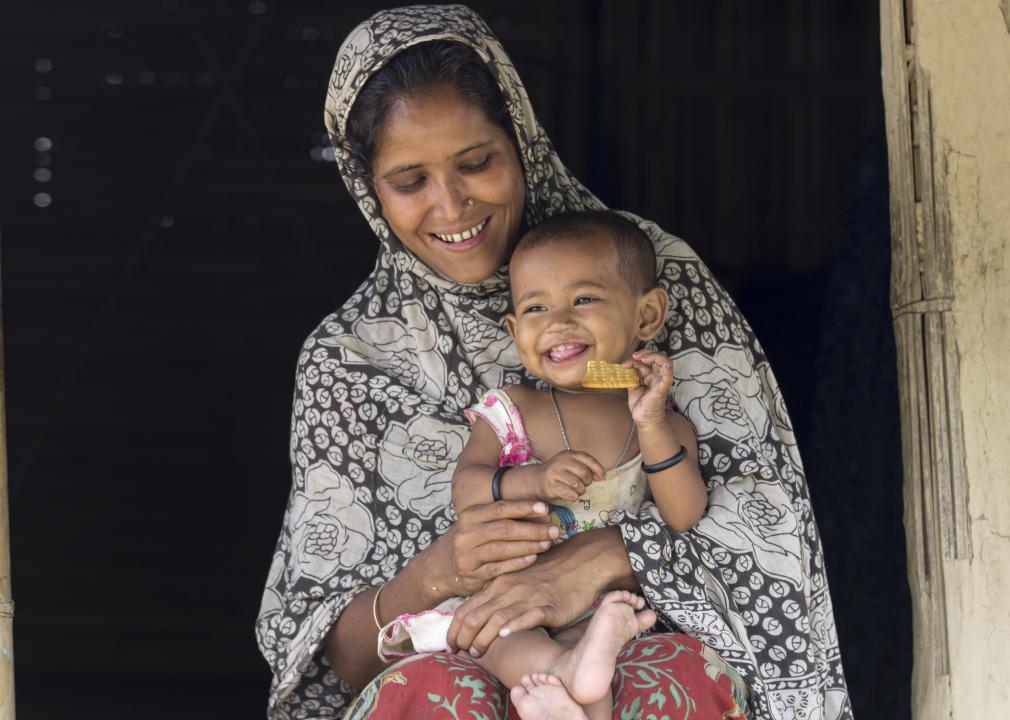 India celebrates its mothers in a 10-day festival called “Durga Puja.” Taking place in the month of Ashvin, which falls roughly between September and October, the festival is both a religious and secular one, where participants celebrate the goddess Durga’s victory over the demon Mahishasur and hold their own family reunions.

The last five days of the festival honoring “the mother goddess” are the most important, and each is marked with specific rituals, feasts, gift-giving, and public processions. Durga Puja obviously celebrates the triumph of good over evil, but is also, in part, a harvest festival celebrating the necessity and power mothers have in life and creation. 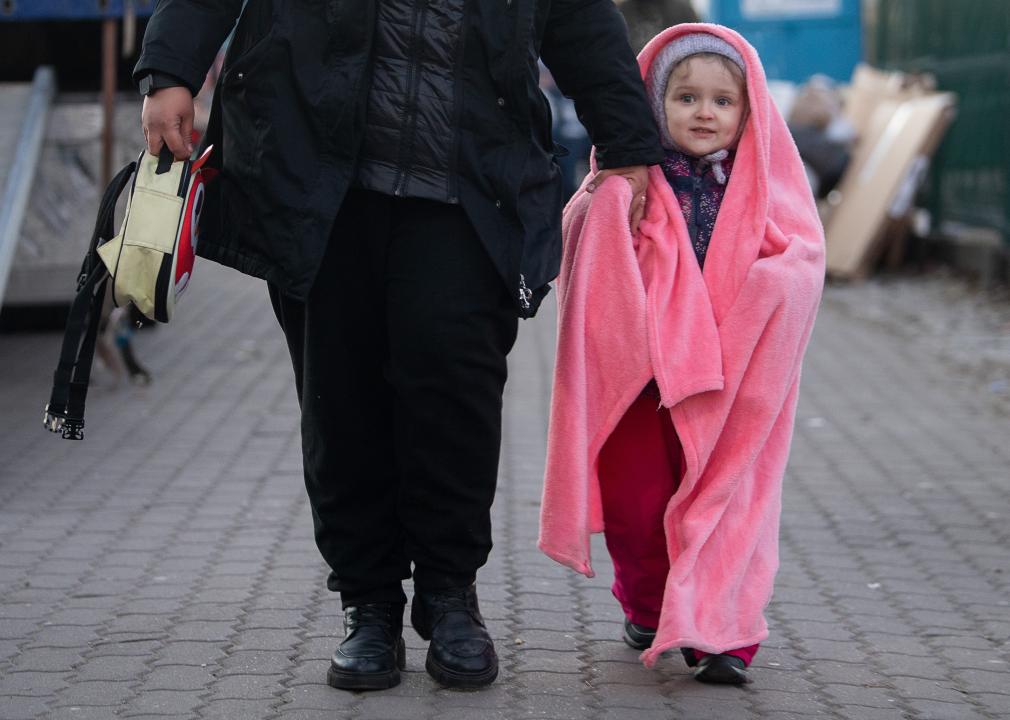 Since the early 1900s, Poland has celebrated Mother’s Day, or “Dzień Matki,” on May 26 each year. While the holiday is not federally recognized like it is in the United States or the United Kingdom, it’s widely celebrated by the public. Most children make “laurki” for their mothers, which are homemade greeting cards decorated with hand-drawn images and notes.

Families celebrate much the same way as in the United States, with flowers, special meals, and small gifts. Polish Mother’s Day rose in popularity following World War II, at which point many schools began putting on special programs or assemblies to mark the occasion. 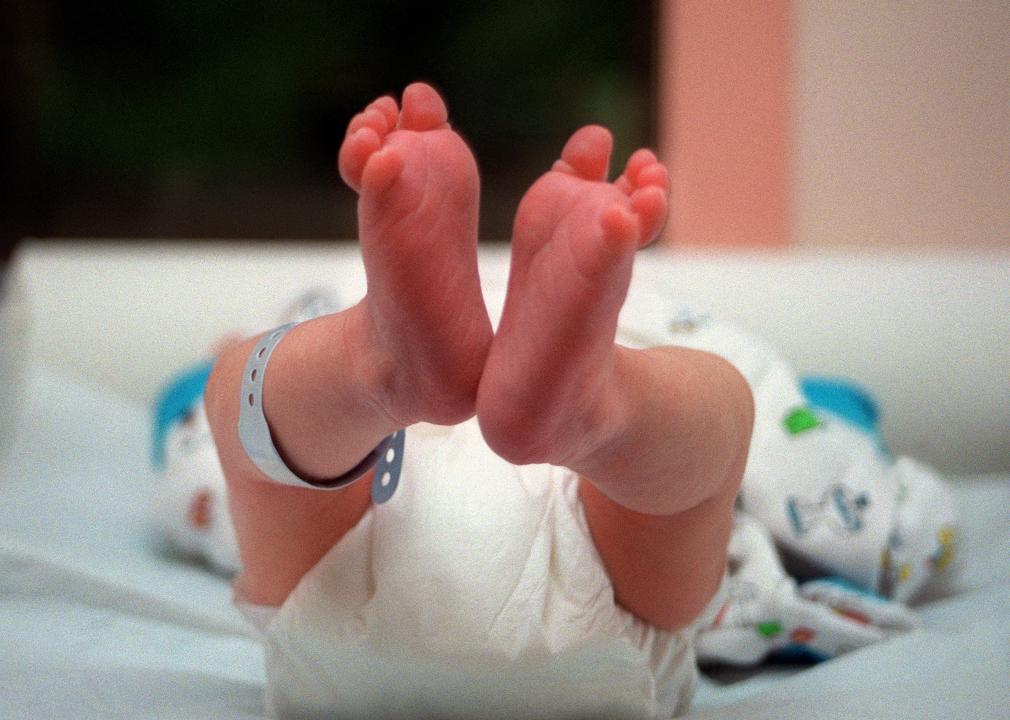 It is believed that Napoleon Bonaparte proposed France’s equivalent to Mother’s Day, “La Fête des Mères,” in 1806 as a way to encourage mothers to have more children. However, the holiday wasn’t popularly celebrated until 1890, and wasn’t formally recognized by the government until 1920 when the administration began handing out awards to women who had “successfully raised several children.”

American soldiers stationed in France during World War I helped to bring many of the Mother’s Day traditions from the United States—like flowers, cards, and gifts—to the European country, which celebrates its holiday on the last Sunday in May or the first Sunday in June. France often celebrates the holiday with extravagant meals, and restaurants book up weeks in advance.

Learn all about weighted blanket pros and cons and how to find the right blanket for mom’s needs. 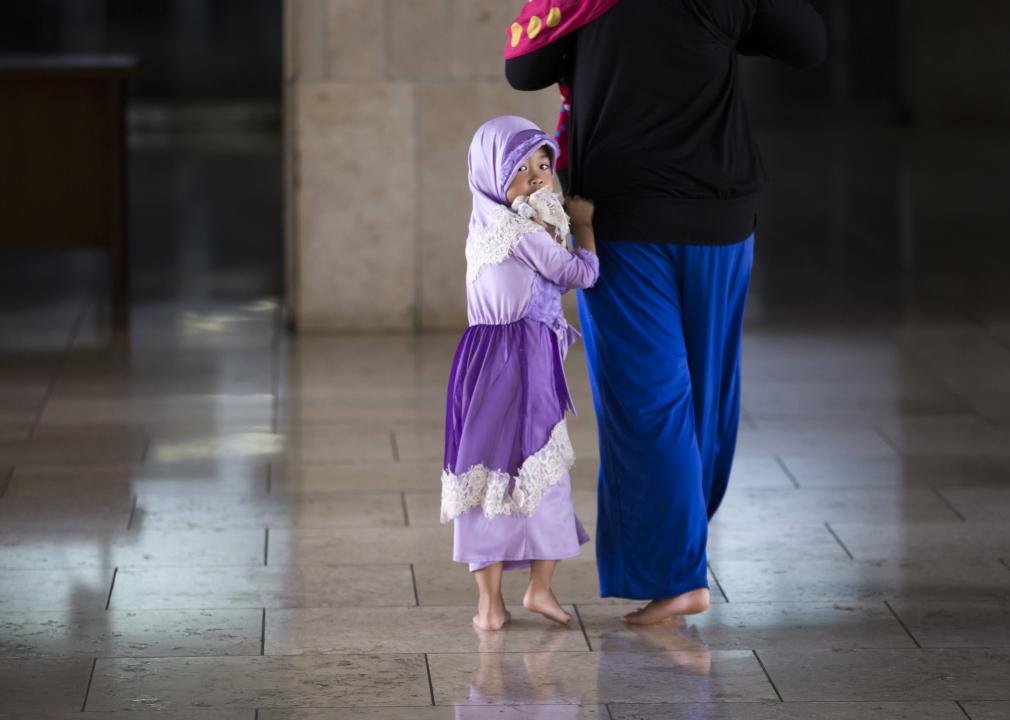 While most countries celebrate Mother’s Day in the springtime, Indonesia’s national celebration falls on Dec. 22. The holiday’s unique positioning can be attributed to the first congress of Indonesian women, which was held on that date in 1928.

Initially, the holiday commemorated the women’s movement, but eventually, in the late ’60s, the country shifted the occasion’s focus to just celebrating mothers. The Asian country has a number of unique traditions surrounding their celebrations, including washing a mother’s feet and participating in a number of competitions, from cooking to “kebaya” wearing. Often, children are the participants while mothers judge, but occasionally both parties will engage in the games. 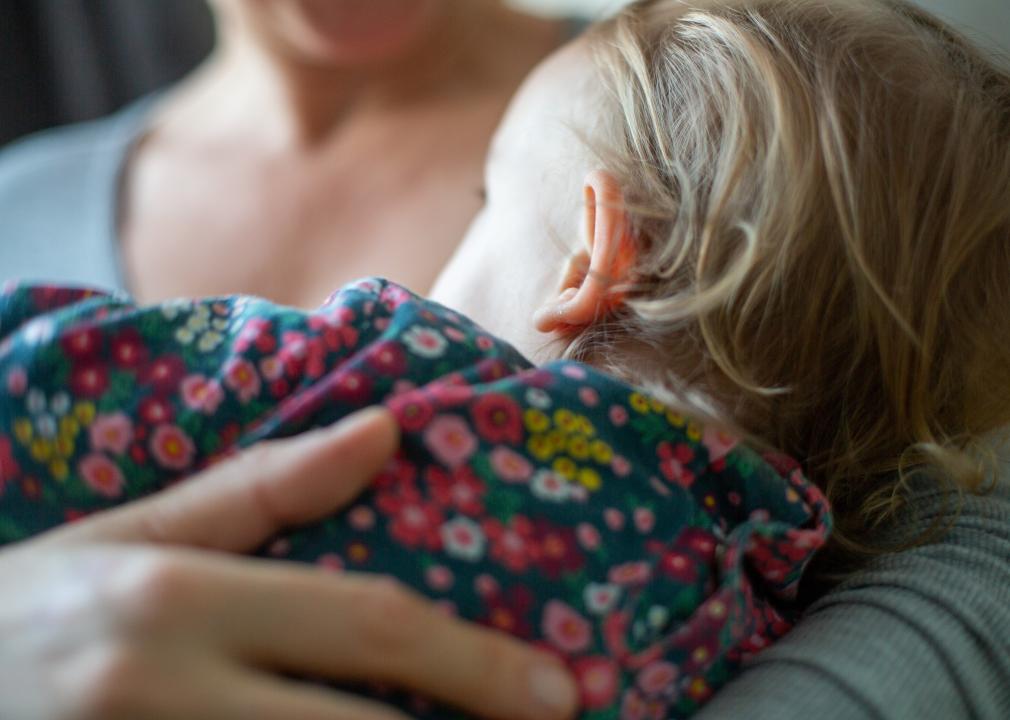 Germany first formally observed Mother’s Day, or “Muttertag,” in 1922, although the holiday’s roots can be traced back to a Medieval spring festival that celebrated the birth and new life the season brought. Centuries after that initial festival, during the years of Nazi rule in the country, the government used Mother’s Day as an opportunity to award bronze, silver, and gold Mutterkreuz medals to mothers who gave birth to four, six, or eight children, respectively. It is believed that in the six years these honors were given out—between 1938 and 1944—almost 4.7 million German mothers received a medal.

These days, the second Sunday in May is less politically charged, and families celebrate in more typically Western ways, by giving gifts, flowers, and cards to their moms. In German, “Happy Mother’s Day” translates to “Schönen Muttertag.” 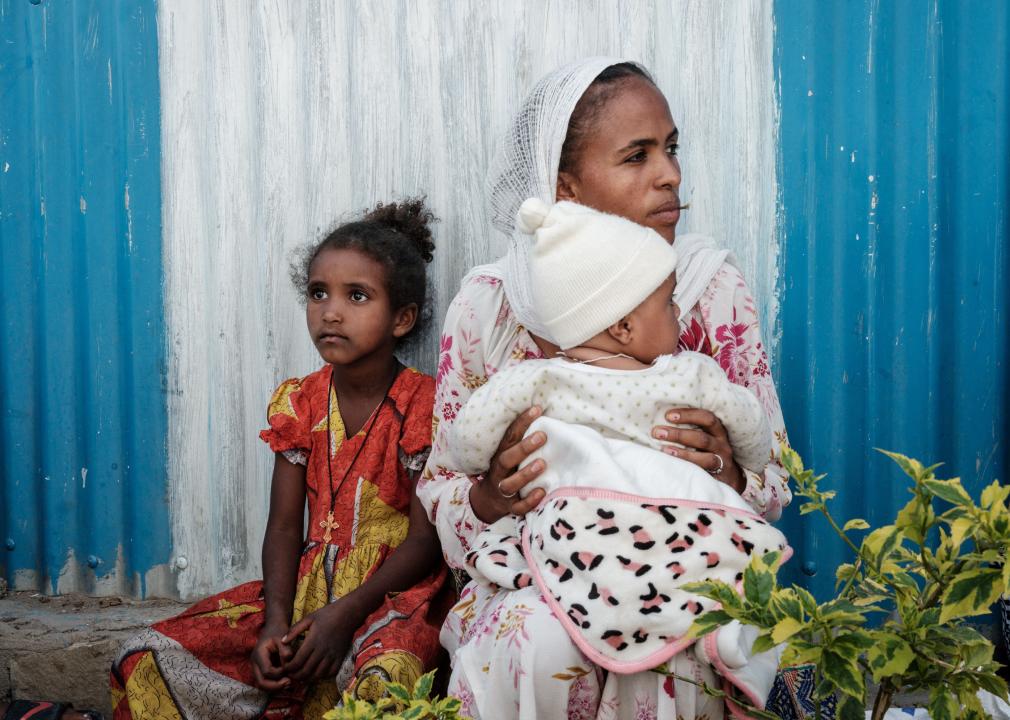 Unlike other countries on this list that celebrate mothers on a specific date, Ethiopia varies when its observance will take place each year. The African nation’s three-day-long “Antrosht” festival, which is dedicated to its mothers, takes place at the end of the rainy season, typically sometime in the fall.

To celebrate, families come together to feast and tell the stories of their ancestors. Traditionally, the daughters bring fruits, veggies, or cheeses, while the sons provide the meats, and when both offerings are combined, they result in a delicious, traditional meal. 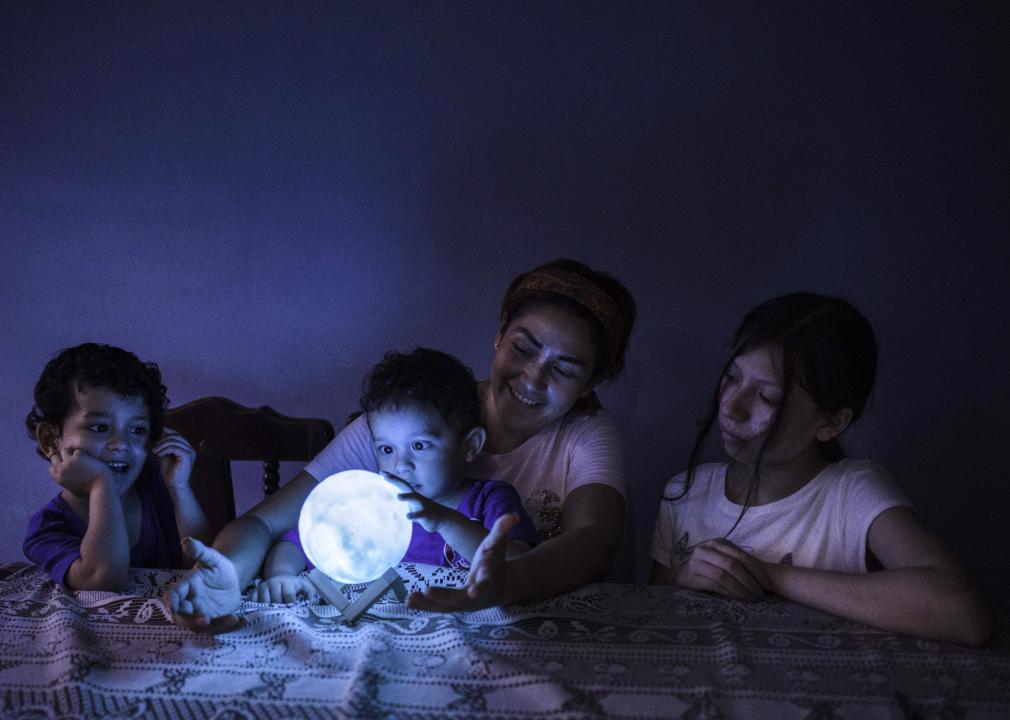 Mothers have long been celebrated in Mexico, as demonstrated by ancient Indigenous civilizations, like the Mayans, who were largely matriarchal in structure and had pantheons filled with female goddesses. However, it wasn’t until 1922 that the country began recognizing Mother’s Day in any kind of formal manner.

Today, the holiday is observed on May 10 each year, regardless of the day of the week. Typical celebrations include waking mom up with a song, showering her with gifts, and sitting down to an extended family feast. 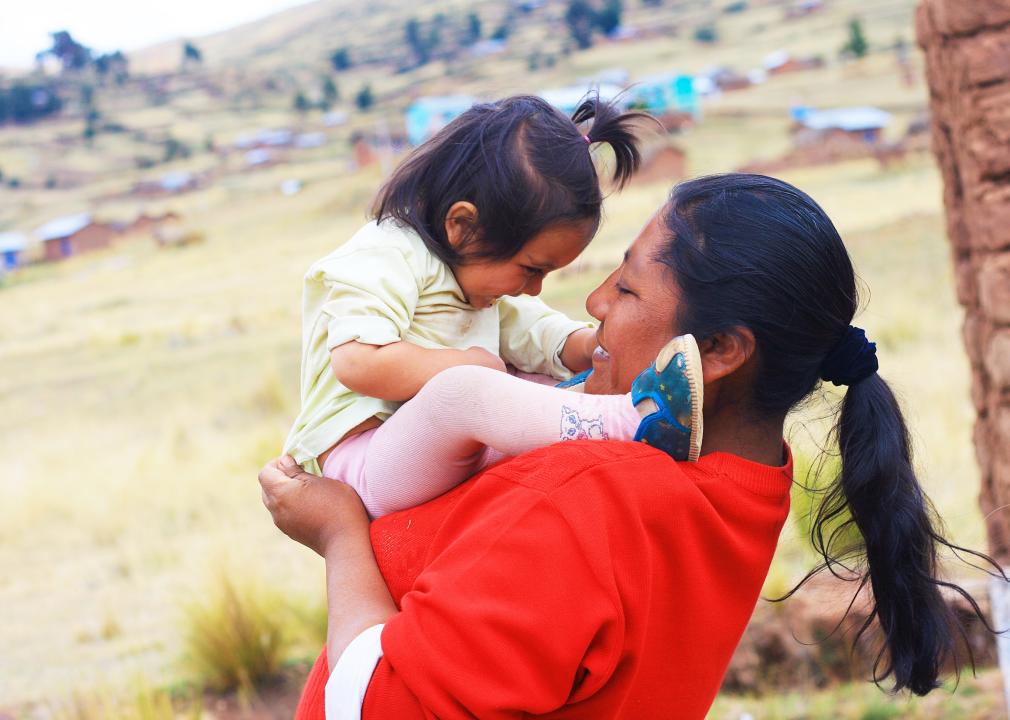 Another Latin American country, Peru celebrates its Mother’s Day on the second Sunday in May. The country is incredibly enthusiastic about the holiday, and, in recent years, has essentially turned it into a weeklong festival, with cities putting on events, schools running programs, and stores offering discounts and specials during the week leading up to the big day.

Much of the country’s celebration will feel familiar to Americans—there’s gift giving, card buying, and restaurant eating—but there’s one tradition that is different. On Mother’s Day, families will visit the graves of their female ancestors, such as mothers, grandmothers, aunts, and great-grandmothers, to give them a deep clean and adorn with flowers. After honoring the dead, they’ll remain at the cemetery to share a bite or a drink with members of their extended family.

In Peru, just like in Mexico, you wish someone a happy Mother’s Day by saying “Feliz Día de la Madre.” 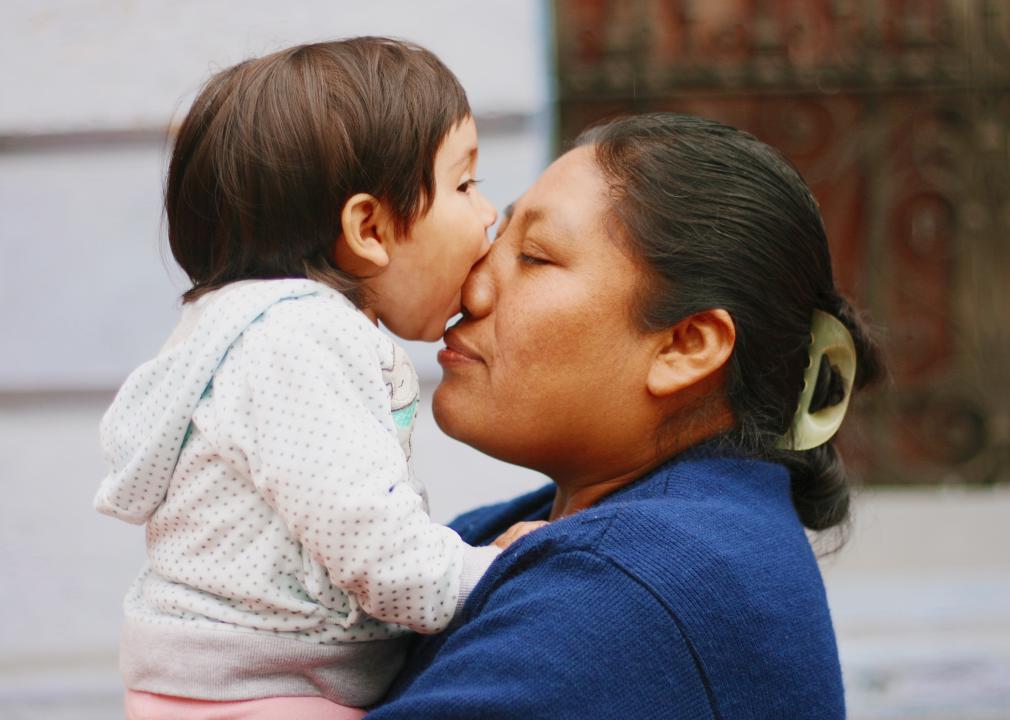 On May 27, 1812, the women of Bolivia, armed with small weapons, sticks, and pans, joined their men in battle, defending their country against an invading Spanish general. This occasion—which marked the first time women fought in a Bolivian war—is now commemorated by the country’s Mother’s Day.

The holiday is huge in the country, coming in just behind Christmas in terms of how elaborately it is celebrated and how eagerly it is anticipated. Gifts, good meals, and flowers flow on the day, which celebrates all women, not just those who have made the commitment to motherhood.

Like the other Spanish-speaking countries on the list, Bolivians also wish each other a “Happy Mother’s Day” by saying “Feliz Día de la Madre.”

Discover some of the potential benefits of using a weighted blanket while pregnant. 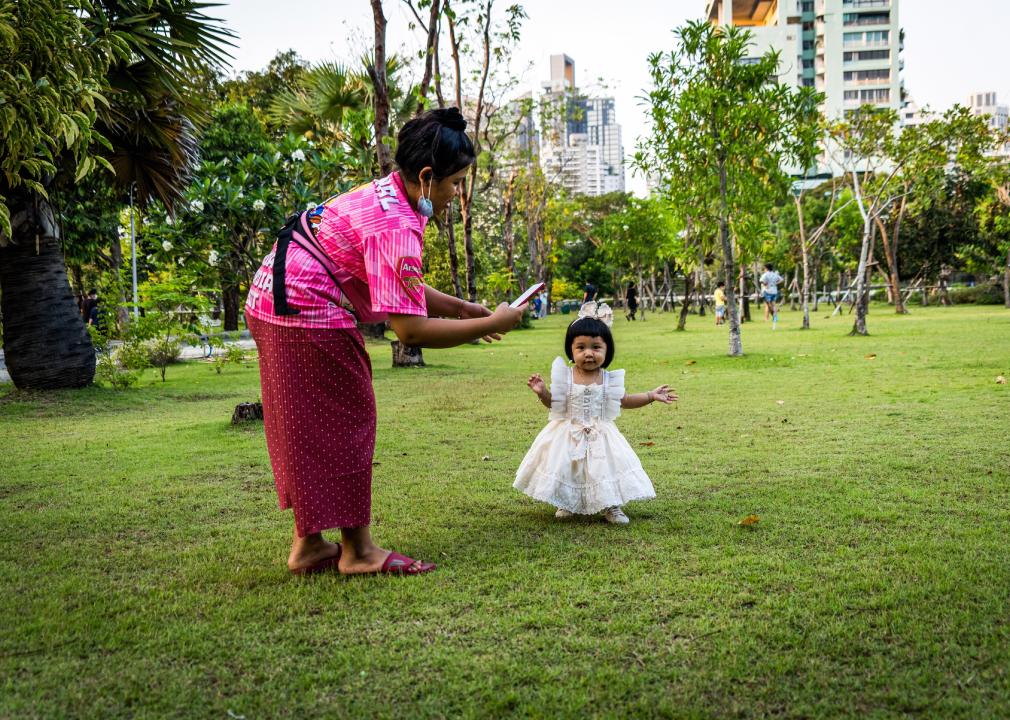 A relative newcomer to the Mother’s Day tradition, Thailand first observed the holiday in 1950. In 1976, the country made Aug. 12 its official Mother’s Day date, in honor of Queen Sirikit’s birthday. Residents celebrate by giving offerings, such as food, to Buddhist monks, and by attending programs at children’s schools. During these programs, which include more standard aspects like poem recitations and songs, Thai children also kneel at their mothers’ feet in an emotional gesture of respect. Mother’s Day in Thailand is also celebrated with gifts and special meals.