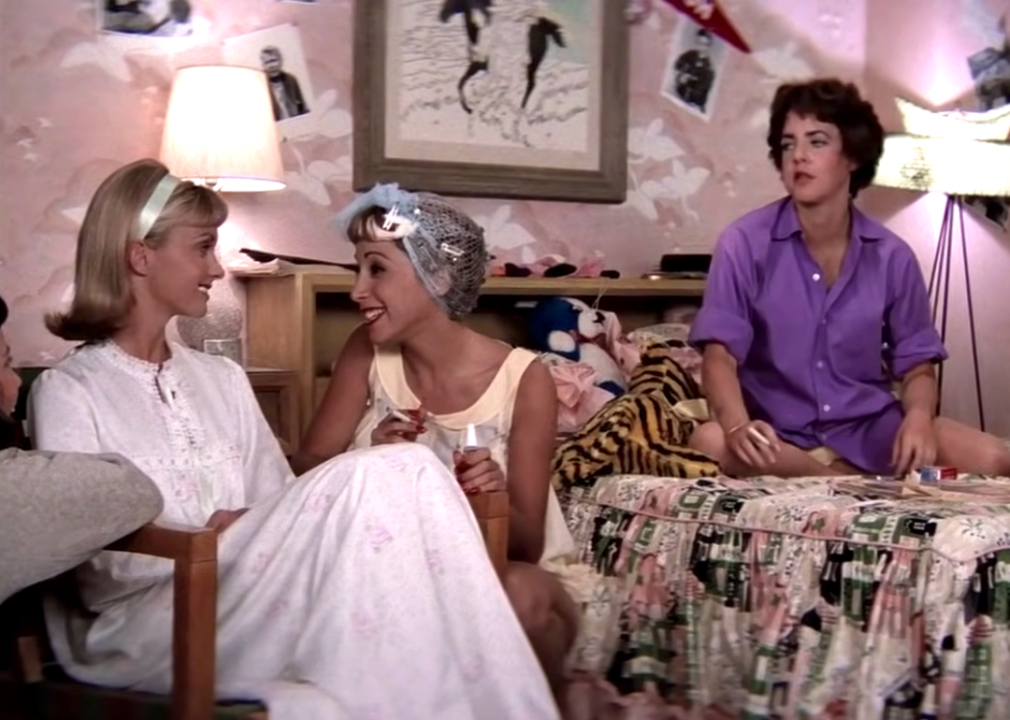 For many of us now firmly entrenched in adulthood, sleepovers are something we look back on with a certain kind of nostalgia. Being able to stay up all night watching movies, sharing secrets, and consuming all the sugar we wanted with no repercussions the morning after seems glorious to us today. As does having the freedom to do it all over again because we didn't have work, partners, or children that demanded our attention. Our schedules were wide open for yet another overnight get-together.

Sleepovers represent a period in our lives when we were much freer and bore far fewer responsibilities—because, let’s be honest, when’s the last time you watched multiple movies in a row without feeling guilty? And while we don’t miss everything about being a teenager, of course, having friends over to spend the night with us is one thing we look back on with fondness.

Even though we can’t go back and relive those days, or recreate the magic they once held, we can revisit the experience through films. To that end, Sunday Citizen compiled a list of movies with memorable sleepover scenes—from Broadway adaptations to teen movies of the 2000s. These films perfectly capture the sentiments of our adolescent experiences, allowing us to briefly relive our childhoods without the sugar hangovers or sleep deprivation headaches we’d experience if we actually tried to today. 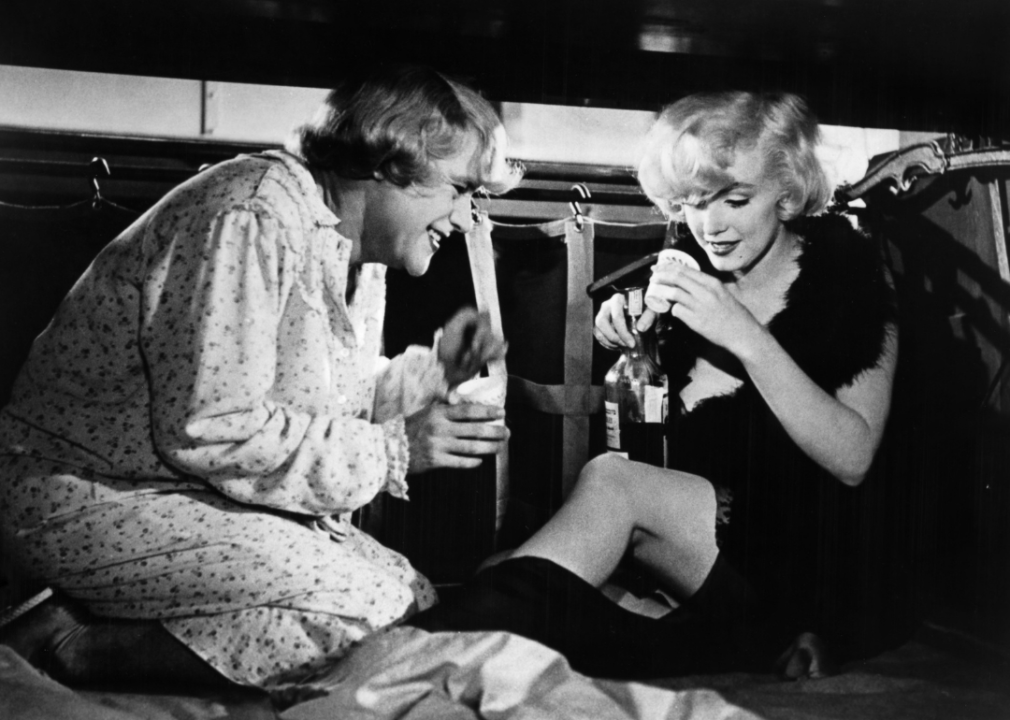 Considered by some critics the best comedy of all time, “Some Like It Hot” follows two musicians who disguise themselves as women in order to evade a gang of ruthless mobsters who want them dead. As the cross-dressing performers flee Chicago and head toward Miami with their newfound female bandmates, they spend many a cozy night snuggled up together in a train’s sleeping cars, where their close proximity to the women’s buxom leader lends itself to an abundance of suggestive and racy interactions. Just imagine Tony Curtis—who the film’s writer, director, and producer Billy Wilder once described as “the handsomest kid in this town”—cuddled up next to Marilyn Monroe, reminding himself over and over, “I’m a girl, I’m a girl,” and you’ll get the general vibe of the film. An instant classic, this black-and-white film (which also stars Jack Lemmon) would be the perfect thing to watch next time you need a carefree, laugh-out-loud flick to watch. 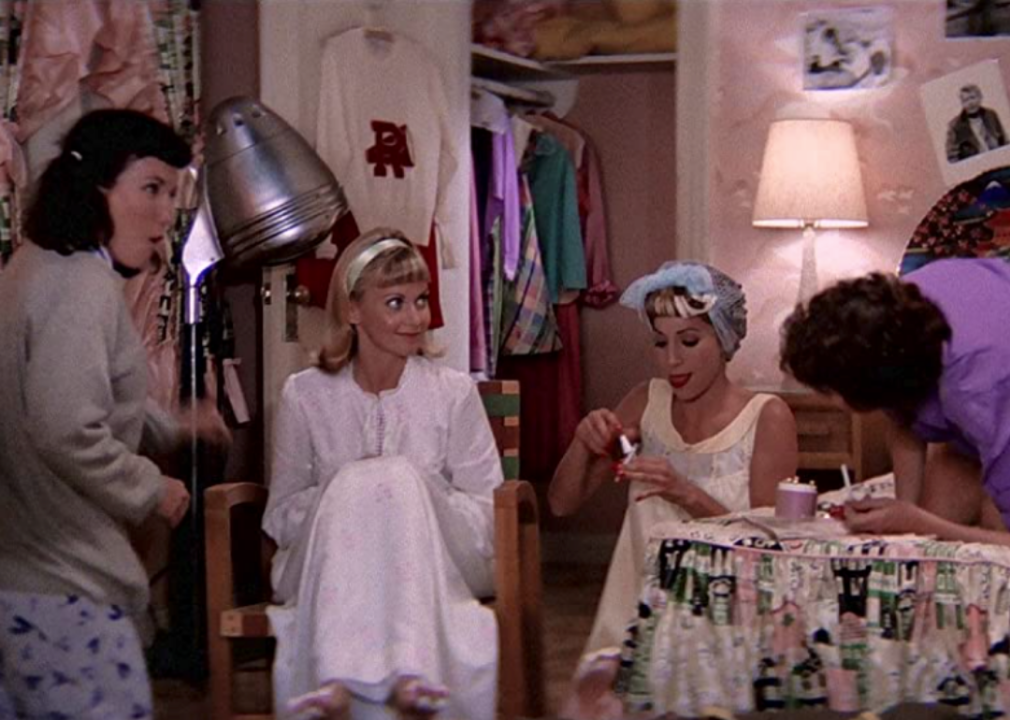 What’s more nostalgic than a night spent eating junk food, sneaking sugary alcohol, and discussing—or, in this case, singing about—your crushes with your friends? Nothing, we’d argue, which is why the sleepover scene in “Grease” is almost perfect. The late-1970s musical, about a high school summer romance thwarted by the realities of regular life, famously stars Olivia Newton-John and John Travolta as kids from different sides of the tracks who fall in love while on vacation, only to realize their relationship won’t be able to endure unless one of them makes some drastic changes. The campy, sugar rush of a film is family-friendly and easy to watch, while still managing to touch on some more serious issues like premarital sex and unplanned pregnancies. 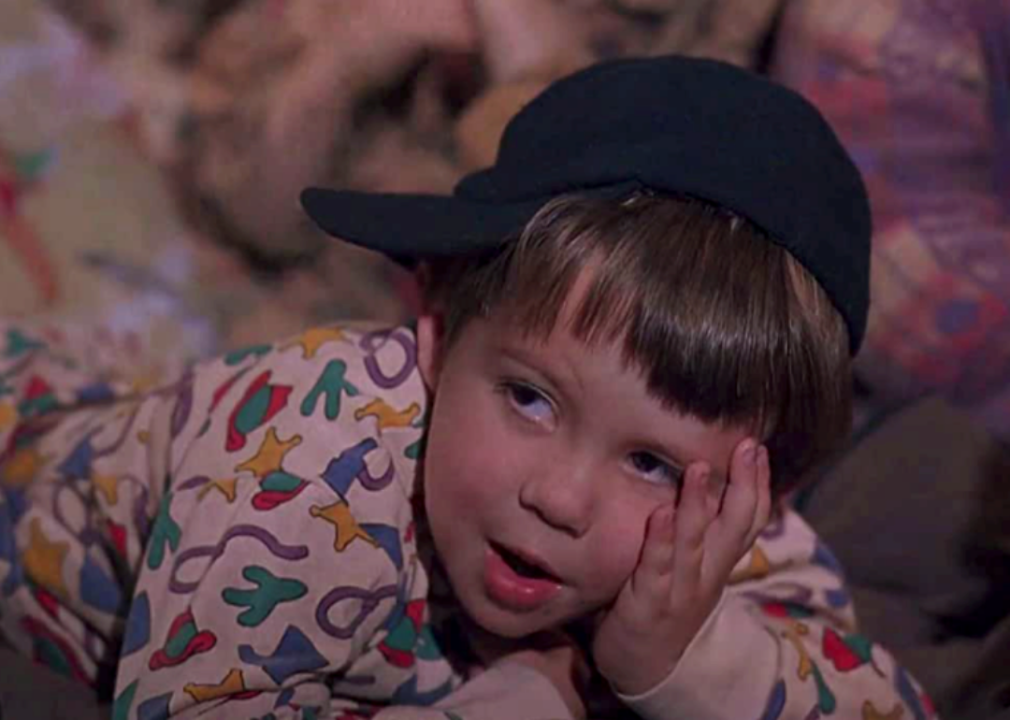 Before the more tricky teenage years portrayed in “Grease” comes the innocent childhood years portrayed in “Little Rascals.” This 1994 film follows a group of neighborhood kids as they experience first crushes, navigate the ups and downs of friendship, and set their sights on winning a go-kart race so that they can use the prize money to rebuild their clubhouse and defeat the local bullies once and for all. The synchronized sleepover scenes that come midway through the movie are used to highlight the differences between the sexes. The boys and their pet frogs pile into one room accusing their girlfriends of liking nothing but “giggling and gossiping,” while the girls, spread out around a pink, lacy bedroom, proclaim the boys’ favorite pastimes to be “fighting and farting.” The sweet naivete of it all is sure to remind you of the simpler times of life. 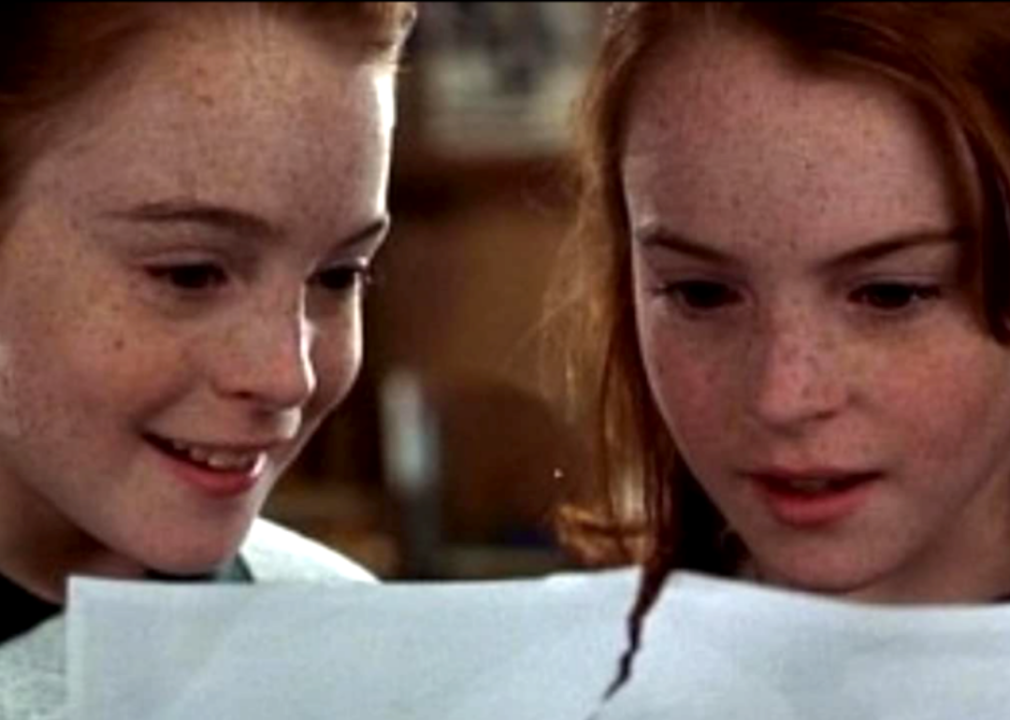 In this 1998 Nancy Meyers update of a ’60s classic, twin sisters Hallie and Annie discover they were separated at birth and concoct an elaborate plan to switch places in order to lure their parents back together. The first third of the movie is set at an all-girls sleepaway camp, where every night, including the ones the sisters spend alone together in the isolation cabin, feels like one big sleepover. There are pranks and illicit poker games, midnight snacks, and forbidden ear piercing—the whole gamut of teenage girl sleepover activities. “The Parent Trap” marked Lindsay Lohan’s film debut and starred Dennis Quaid and Natasha Richardson as the twins’ parents. 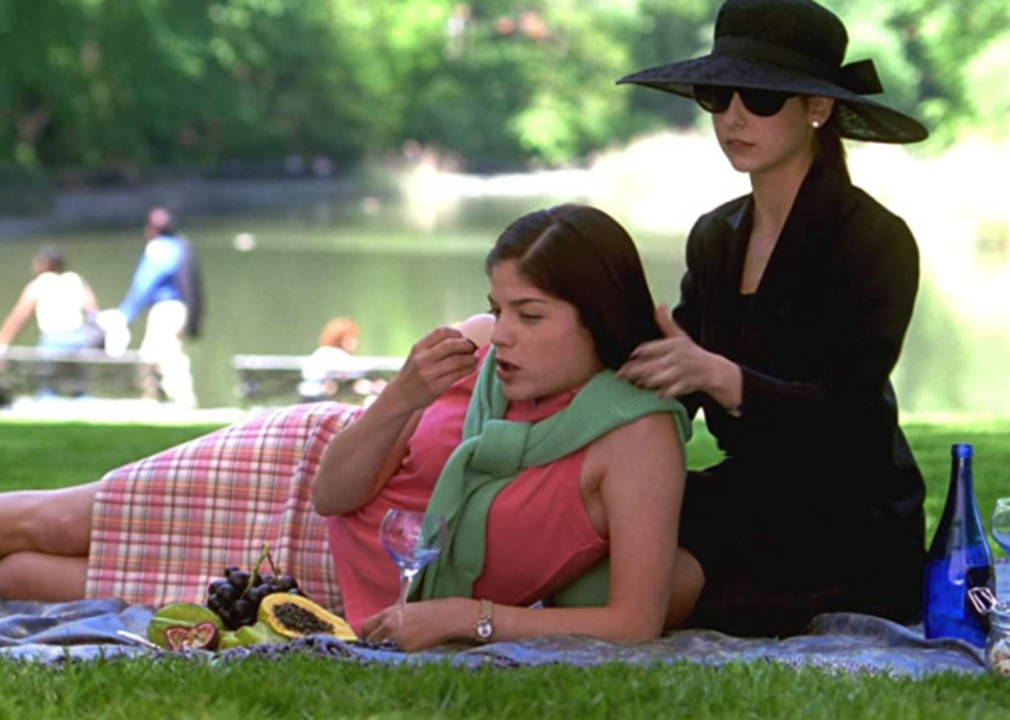 If the sleepover scenes in “Little Rascals” and “The Parent Trap” are idyllic representations of the innocence and fun of childhood, the one in “Cruel Intentions” is the exact opposite. A nihilistic, cynical story of teenage debauchery, this 1999 film follows the queen bee at a New York City prep school as she manipulates and ruins the lives of those around her for her own amusement. For many of us, the movie was a perfect slumber party selection—it was dramatic, incredibly sexy, and its R rating meant we’d never be able to watch it during the light of day or with our parents’ knowledge. Sarah Michelle Gellar, Selma Blair, Reese Witherspoon, and Ryan Phillippe star in the film. 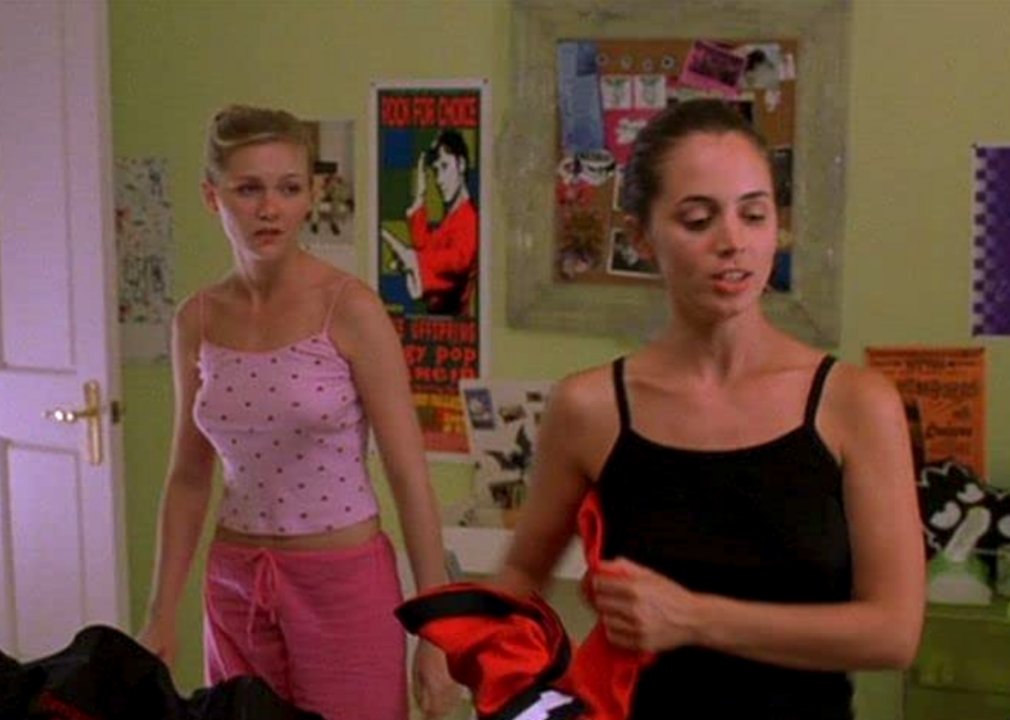 A quintessential 2000s film, “Bring It On” is a comedy about two rival high school cheerleading teams preparing to face off at a national competition. Starring Kirsten Dunst, Gabrielle Union, Eliza Dushku, and Jesse Bradford, the teenage rom-com spawned a whole franchise, which included several direct-to-video sequels, TV movies, and a stage musical. Raunchy and observant, the movie includes every cliche the writers could think of, including a sleepover scene that allows the popular cheerleader captain to bond with the talented-yet-moody new girl. Scenes like this one made “Bring It On” a massive hit with audiences, but left critics like Roger Ebert less enthusiastic about the film’s content and originality. 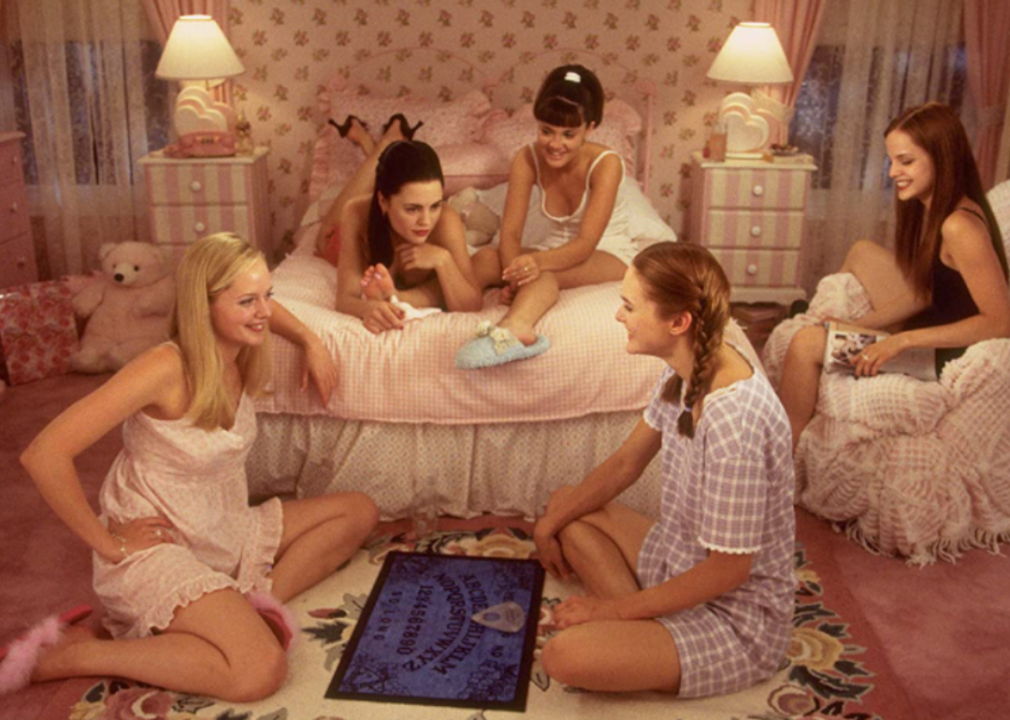 Another cheerleading movie, “Sugar & Spice” could be considered the much darker sister to “Bring It On.” In this black comedy, a group of teenagers decides to commit armed robbery after one of them gets pregnant and is desperate for money. Sleepover scenes bookend the teenage film—in one of them the gang plots their heist, and in the other, they celebrate successfully pulling it off by literally throwing money around the room. Marla Sokoloff, James Marsden, and Marley Shelton star in this often-overlooked flick. 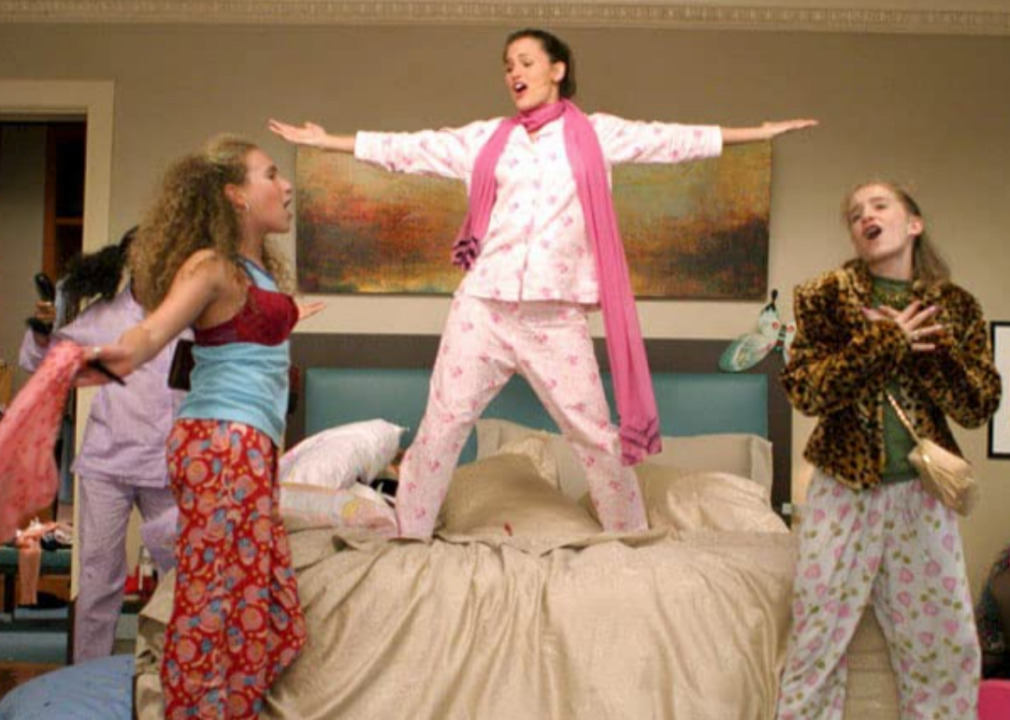 Jennifer Garner plays a teenager trapped in a woman’s body in “13 Going on 30,” another early-aughts rom-com. In the movie’s iconic sleepover scene, a gaggle of preteens troop into Jenna Rink’s (Garner) apartment to hear about her first kiss with Matty (Mark Ruffalo), play dress up in her grown woman closet, and lip-sync to “Love Is a Battlefield.” It’s cheesy in the absolute best way possible and is sure to remind every former teenage girl of at least one incident from her formative years. Plot-wise, the film doesn’t have a lot to offer, but its tone, and the way it perfectly captures adolescence for a certain generation, has made it something of a cult classic. 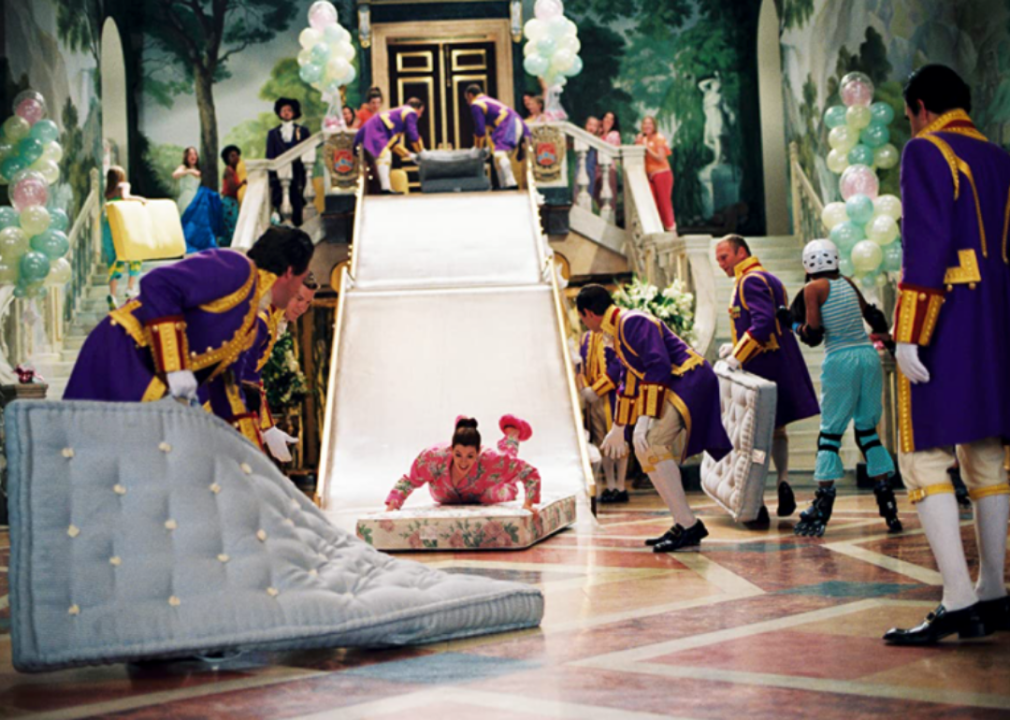 Garry Marshall directed this Disney movie, which sees everyone’s favorite commoner-turned-royalty setting out in search of a husband. After a law is invoked that requires Princess Mia (Anne Hathaway) to get married in order to retain her crown, she embarks on a search for a suitable husband, only to have a far less suitable match catch her eye. About halfway through the movie, the princess celebrates her engagement with a slumber party, inviting fellow princesses of all ages to join her in her castle for the night. There’s mattress surfing on the grand staircase, a snack spread to make even the pickiest eater salivate, and a duet between Julie Andrews (Queen Clarisse) and Raven-Symone (a fellow princess) to cap off the festivities. 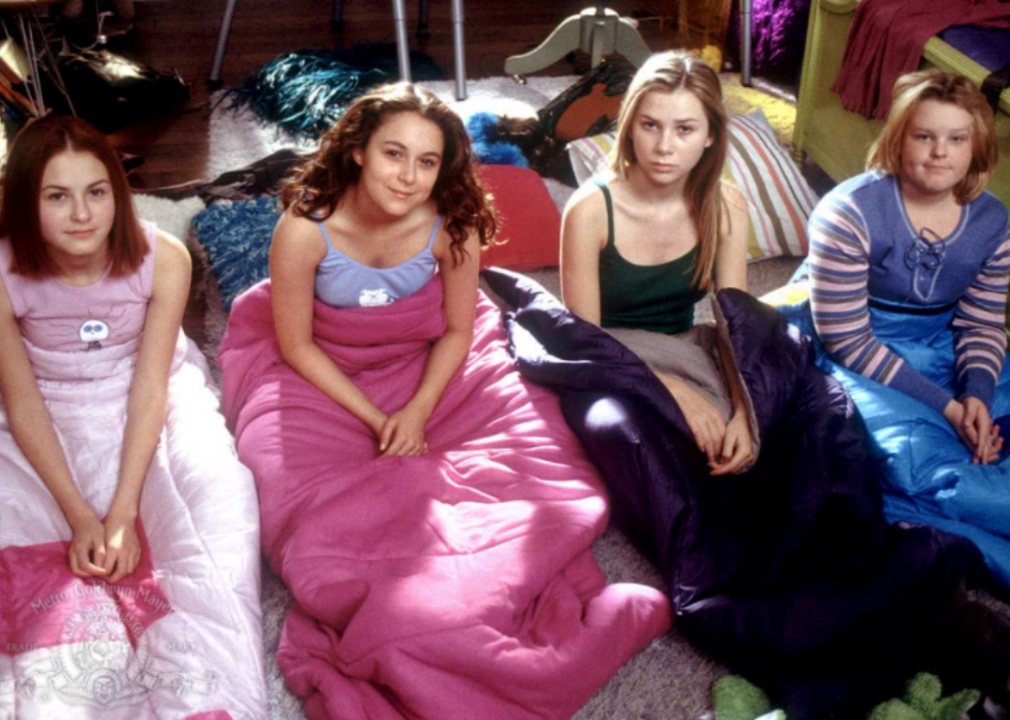 On the last night of their eighth-grade year, two rival friend groups forgo their respective slumber parties to take part in a city-wide scavenger hunt. The prize is a seat at the most desirable lunchroom table at their new high school, but in order to win, the groups have to complete a series of increasingly difficult tasks without their parents realizing they’ve snuck out. “Sleepover” was a commercial and critical flop when it first hit theaters back in 2004, but it’s since developed a cult following as audiences revisit the film on various streaming services. Alexa PenaVega, Brie Larson, Steve Carell, and Jane Lynch all star in the teen comedy.

This story originally appeared on Sunday Citizen and was produced and distributed in partnership with Stacker Studio.