When we think of the term “rest and rejuvenation”, a few things might spring to mind - perhaps a spa break with a relaxing massage, lying poolside with a cool glass of champagne in hand, or even a countryside yoga retreat. But what if there was a more *ahem* friendly way to get that refreshed and revitalized feeling on the daily?

The consensus amongst our team is that napping is seriously underrated. We’re not talking about those “essential” naps, when you’re off work sick and crash out on the sofa midday in a sea of Kleenex, or when you can’t keep your eyes open after a sleep-deprived night thanks to your neighbor’s yappy chihuahua. We are also not talking about those eyeroll-inducing 2-hour lie downs that your mom and dad used to enforce on you when you were a kid. We’re talking about short and sweet, daily “power naps” for adults, providing you with that perfect energy boost.

Scientific experts have long touted the benefits of short periods of rest in the middle of the day, and we have to say, we are here for it. Did you know that studies show that 20 minutes of sleep in the afternoon provides more rest for the mind and body than 20 minutes of extra sleep in the morning? In fact, our bodies seem to be designed for napping; most people naturally experience an energy crash in the afternoon, approximately 8 hours after they have woken up, making 2 or 3pm the ideal time for a quick snooze.

Here are just some of the numerous advantages of napping:

Scientists have established that sleep plays an essential role in helping your brain to store memories, as well as to sort through previously consumed information and better make sense of it, “connecting the dots”.  Various sleep-related studies have proven that taking a nap can help you to better remember things you learned earlier on in the day.

Furthermore, one fascinating study discovered that participants who took an afternoon nap found it easier to process and put together information they had received earlier in the day when compared with participants who did not have a nap, demonstrating the positive impact naps can have on brain function.

One of the benefits to so many of us finding ourselves working from home is the ability to take an afternoon nap. Whilst there is often a sense of guilt or laziness associated with indulging in daytime sleep, We’re here to tell you that this couldn’t be further from the truth!

On the contrary, napping is a powerful tool that employees can harness to give themselves a professional edge. Naps can improve productivity and efficiency by providing a break from the repetitive tasks and activities that often make up the workday. This change of pace and environment can shake you out of that oh so common mid-afternoon slump, helping to keep job performance consistent throughout the day.

3. Lifting your mood and easing stress

If you’re feeling hassled or just a little blue, try taking a nap to brighten your outlook and lift your spirits. Napping, or even just closing your eyes and resting for thirty minutes without falling asleep, delivers a mood-boosting, therapeutic sense of relaxation and has even been proven to help regulate our emotions, allowing us to overcome feelings of stress and anxiety more effectively.

If you find yourself constantly yawning, sleepy or with a lack of energy or enthusiasm, napping could be the right move for you. These common feelings of lethargy are not only debilitating but can be downright dangerous in certain cases. For shift workers, such as nurses or doctors, planned naps can be an essential way to remain alert and on the ball during potentially lifesaving tasks.

Naps can also be a key tool for those whose jobs involve long periods of driving. In the United States, drowsy drivers are involved in hundreds of thousands of car crashes every year. That’s why the National Highway Traffic Safety Administration recommends that anyone who begins to feel sleepy while driving should drink caffeine and pull over to a safe spot for a 20-minute nap before continuing on with their journey.

Lack of sleep can take its toll on our bodies’ immune functions by increasing the production of inflammatory molecules known as cytokines. Interestingly, however, studies show that even a short half-hour nap can return high cytokine levels completely to normal, combatting the harmful effects of sleep deprivation and boosting immune health. Furthermore, certain scientific analyses have shown that people who nap 1-2 times a week (regularly) for a period of approximately 5 years are 48% less likely to suffer from cardiovascular issues including heart attacks, strokes or heart failure. 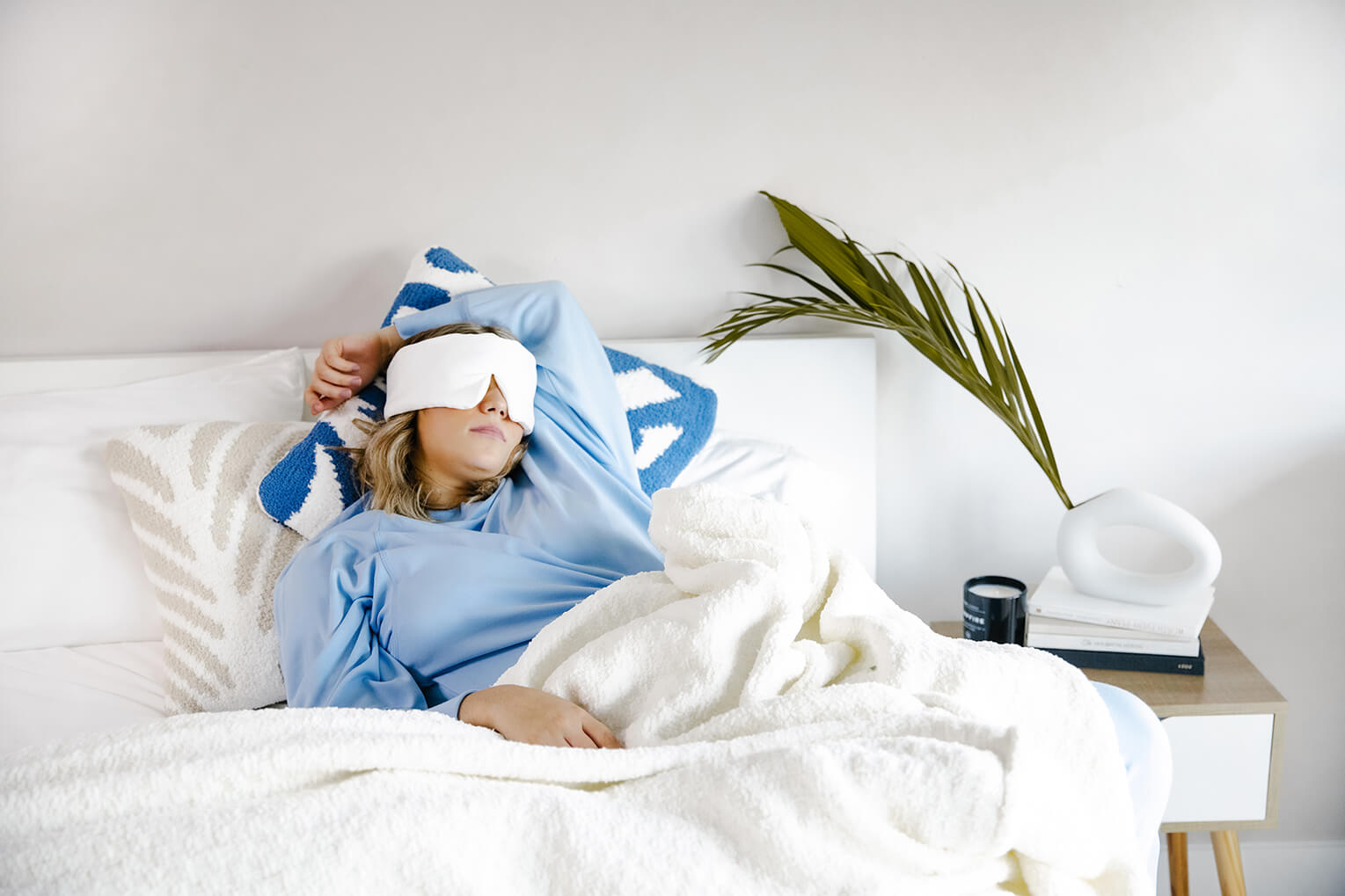 Whilst experts encourage us to harness the many health and wellness benefits of naps, it is also important to recognize that not all naps are created equally! Prime conditions for some bonus shut-eye are a quiet, dark place with a comfortable room temperature and few distractions, but the key factor when it comes to daytime sleep is timing – both the length of the nap and the time of day it is taken.

To find the sweet spot in terms of length, sleep experts suggest shooting for naps that are between 15-30 minutes long, assisted by an alarm to wake you up. The risk of sleeping for longer than this is that you wake up feeling groggy, sluggish and disoriented, a sensation officially termed “sleep inertia”. This can be unpleasant and disruptive if you need to get straight back to work or other activities immediately after your nap.

Another risk of napping for too long in the afternoon is the possibility of this interfering with your ability to fall and/or stay asleep later in the evening, making the extra rest counterproductive in terms of reducing overall fatigue. Those who suffer with conditions such as restless legs syndrome, insomnia, down syndrome, fibromyalgia, chronic pain and anxiety and depression, who already find it difficult to fall or stay asleep at night, might want to avoid napping for this reason.

Now for some fun facts about naps:

1. Did you know that naptime is an official part of everyday life in certain countries?

Take Spain’s “siesta” - an ongoing occurrence, ie the two-hour break that Spaniards take each working day during the afternoon, typically between 2 and 4pm. The word siesta is derived from the Latin “sexta” meaning sixth, and “hora” meaning hour, stemming from the Roman tradition to take a break during the sixth hour of the day.

The siesta was originally created to allow workers to take a break during the hottest hours of the day, when it was almost impossible to plough the fields and carry out other laborious, outdoor tasks. In fact, various warm countries close to the equator have had similar initiatives for many years, including Italy, Greece, Ecuador, Mexico, Costa Rica and Nigeria.

Although, as these countries have developed and modernized, people have begun to use their daily siesta break for other purposes (such as running errands or simply taking a leisurely, extended lunch), it is estimated that almost 50% of the Spanish population still use this time to nap at least once a week. 2. Do you know where the word "nap" comes from?

The word “nap” itself comes from the Old English word “hnappian”, also related to the Norwegian word “napp”, meaning “to have a short sleep” or “to doze, slumber or sleep lightly”. #3 Have you ever heard the word “cat nap” and wondered what the relation is between your afternoon snooze and our feline friends?

This particular term is said to have entered the English vocabulary around the 1800s. The link to cats is fairly self-explanatory; cats are known to doze for short periods multiple times a day, sleeping for a total of up to 12-16 hours daily! Hence, the term “cat nap” was born.

Some experts even trace the popularity of cat naps back to Ancient Egypt, when Pharaohs began to emulate the behaviour of cats, including their regular periods of short rest, due to the fact they were considered a sacred animal at the time.