30 Sleep Habits From Around The World

30 sleep habits from around the world

If there’s one thing everyone in the world has in common, it’s sleep. At some point during each 24-hour period, we shut our eyes, quiet our minds, and recharge our bodies. While scientists are still researching the ins and outs of how sleep works, we know this core function brings about a slew of benefits for our mental and physical health.

Research shows that sleep impacts stress hormones and growth, bolsters the immune system, helps regulate our breathing and blood pressure, and improves our cardiovascular health. A long-term lack of sleep may mean missing out on these benefits, and can put you at greater risk for serious medical conditions ranging from stroke to seizures—not to mention shortening your life expectancy.

Beyond the health benefits and the essential nature of sleep for all humans, catching some z’s can look very different from person to person and culture to culture. At bedtime, American millennials might tuck themselves into a set of bamboo sheets atop a memory-foam mattress they ordered online. Their Japanese counterparts, however, may roll out a traditional tatami mat and pile it up with a shikibuton (a kind of thin cotton mattress) and kakefuton (duvet stuffed with silk fibers) before resting their heads on a buckwheat hull pillow.

To learn more about sleep habits from around the world, Sunday Citizen took a look at scientific research on how sleep duration, quality, and other factors vary by country. We also read reports from news outlets including Fodor’s, The New York Times, NPR, Healthline, Thrillist, Refinery29, and the BBC, searching out all the ways people get their 40 winks. Check out Sunday Citizen's favorites.

Keep reading to discover 30 sleep habits from around the world, from midday siestas and napping at the office to elevating beds with bricks and drifting off in a hammock. 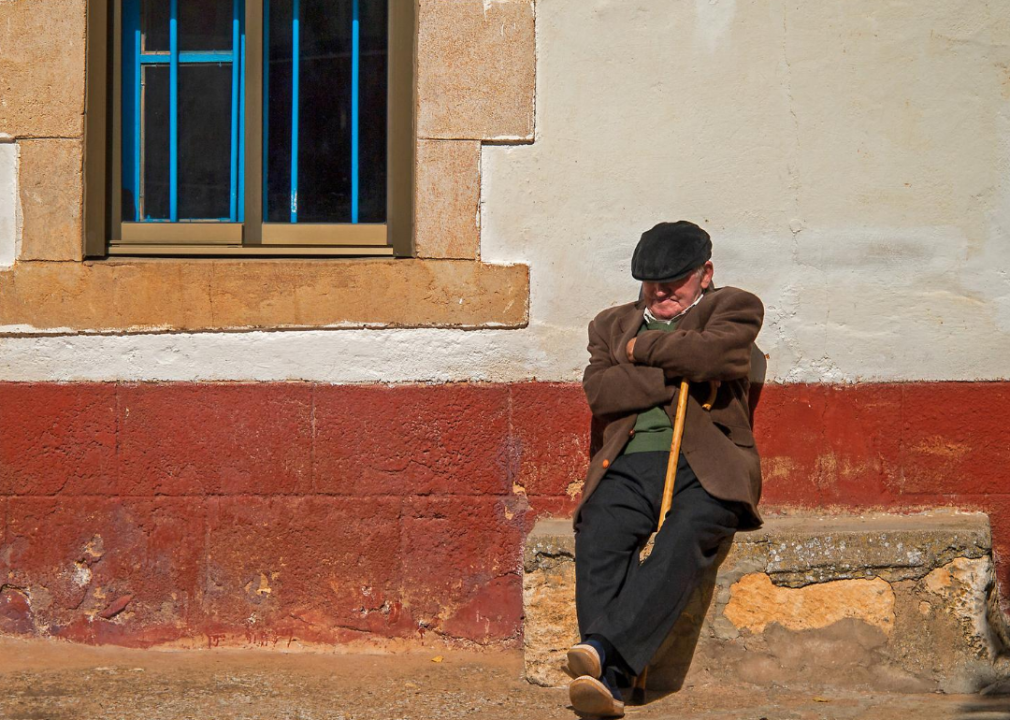 Spain: Take a siesta in the afternoon

Spain has long practiced the tradition of the siesta—a two-hour break reserved for sleeping and recharging around noon. The convention has spread to many other places with hot climates, particularly Latin American countries. 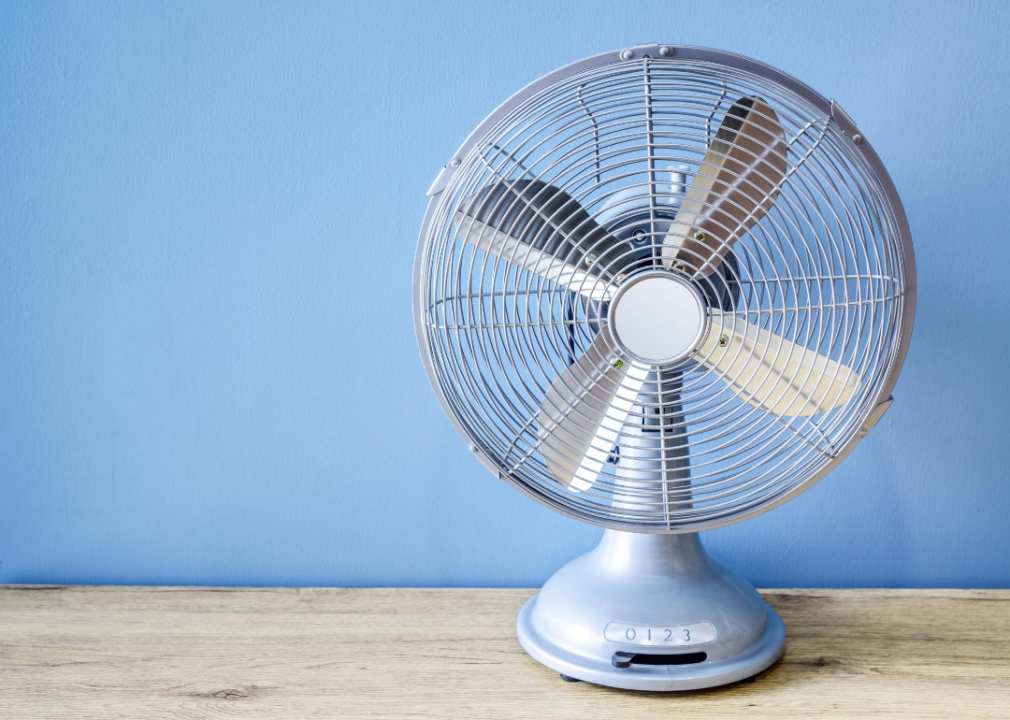 Despite the hot, humid weather of summer, you won’t find many older South Koreans cooling off with an electric fan while they sleep. Some in that generation believe in the old wives' tale of “fan death,” a South Korean superstition that warns that you may die if you fall asleep next to an electric fan. 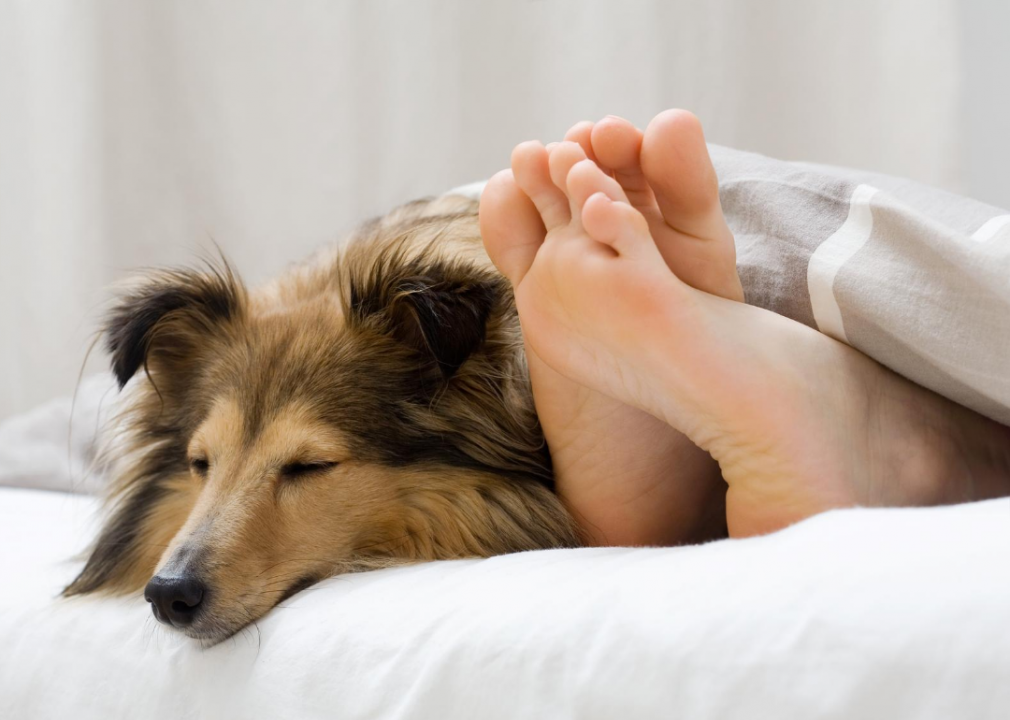 United States: Snuggle up next to a pet

A 2020 survey from Stonyfield Organic found 74% of American dog owners share the couch or bed with their pets. Science shows snuggling up with a pet boosts oxytocin, lowers stress levels, and can even help prevent nightmares for those with PTSD. All Sunday Citizen's bedding products are pet friendly. 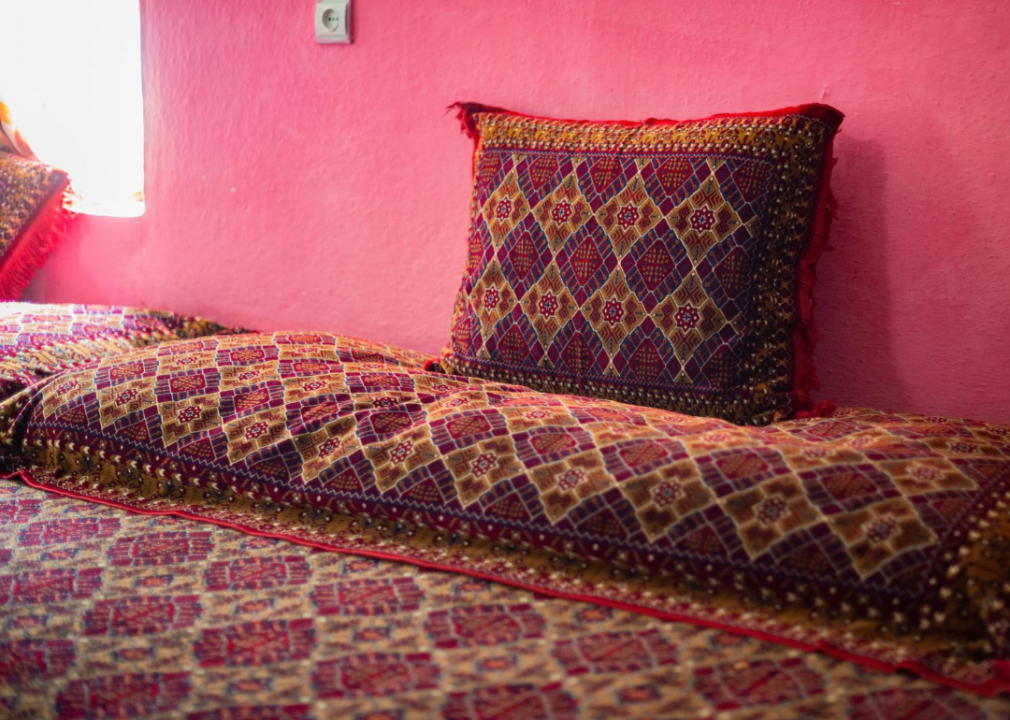 Afghanistan: Bedrooms are for more than just sleep

While many people in Western countries reset their beds in the morning, many in Afghanistan do so at night. That’s because Afghans use their bedrooms for many other purposes during the day. After waking, blankets get folded and mattresses pushed to the side to open the room up for daytime use. 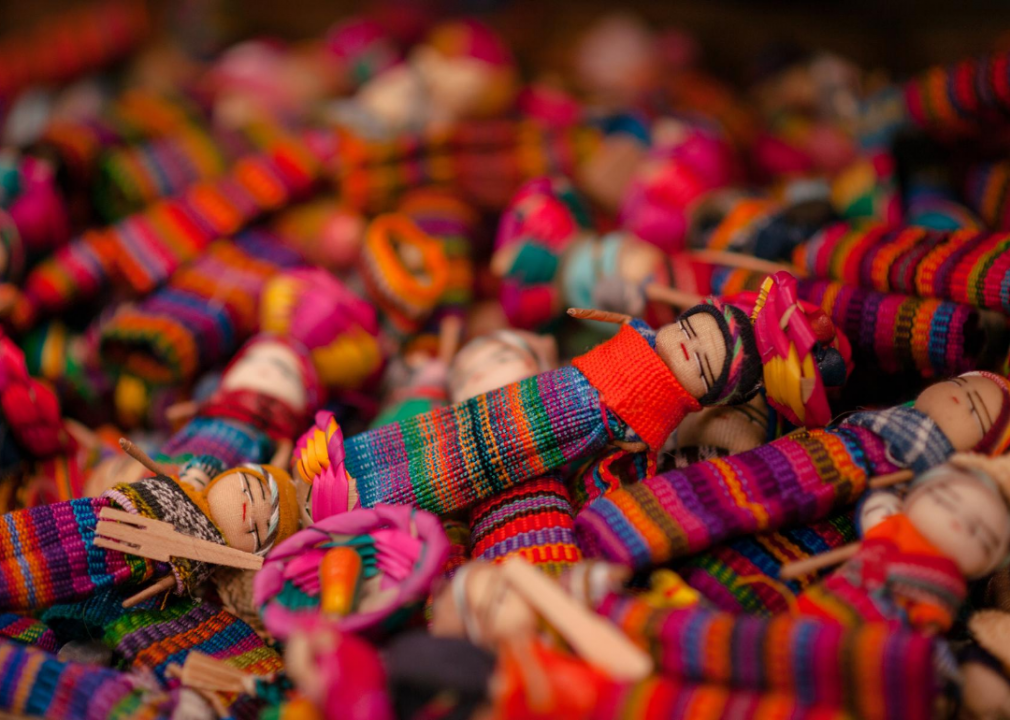 Parents in Guatemala often place a small handmade toy known as a “worry doll” under their children’s pillows at bedtime. Legend has it that these colorful dolls soothe  worries that creep up at night, when there’s little else left to distract the mind, and help kids get a good night's rest. 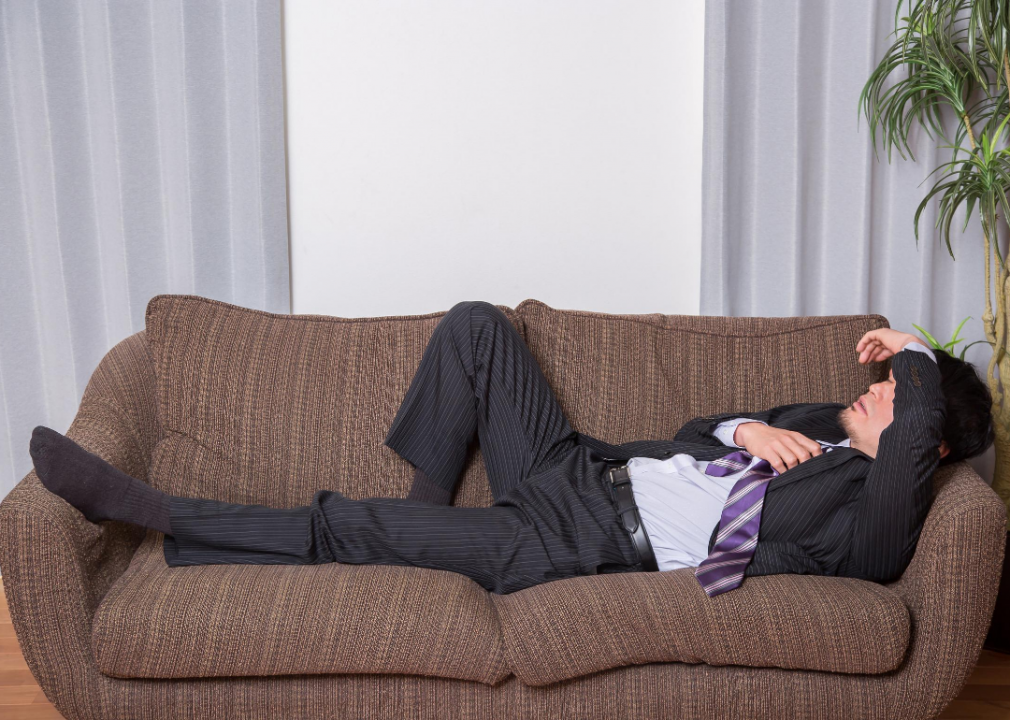 Japan: Workers nap in the office

It’s not uncommon to see an office worker in Japan take a nap in the middle of the workday, according reporting from the New York Times. Rather than being seen as a sign of laziness, office naps are viewed as indicators of having worked especially hard. 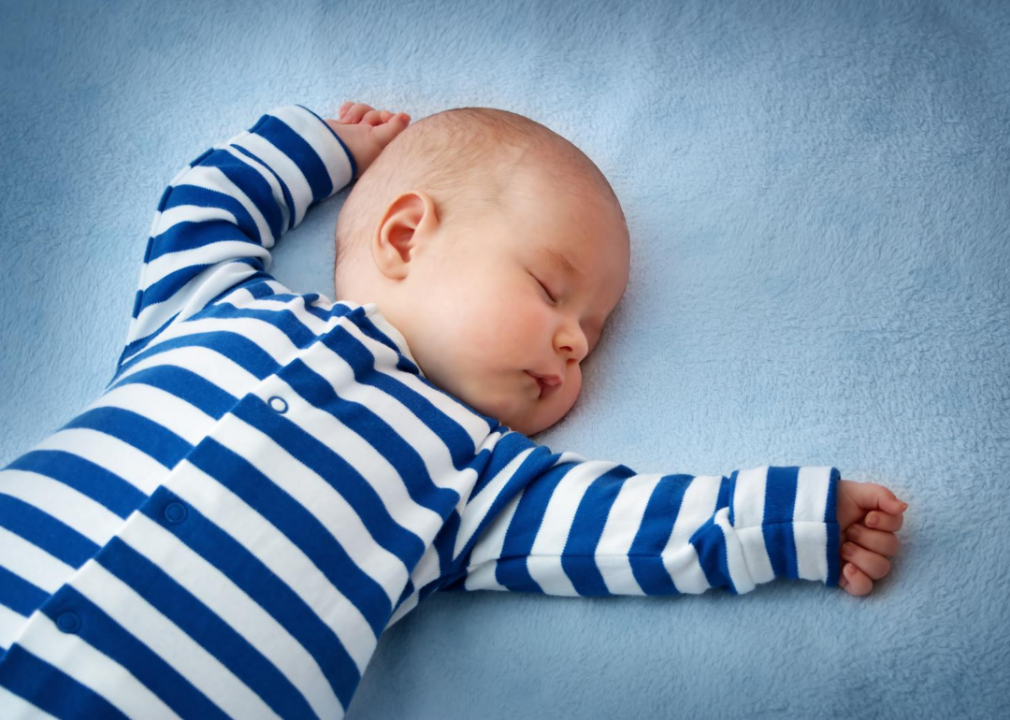 France: Babies sleep through the night at 10 weeks

French babies are known to sleep through the night as early as 10 weeks old, according to Pamela Druckerman, author of “Bringing Up Bebe.” She attributes this phenomenon to a technique called “the pause,” in which parents wait before rushing in to soothe a crying baby in order to see if the infant can connect his or her two-hour sleep cycles on their own. Check out Sunday Citizen baby blankets. 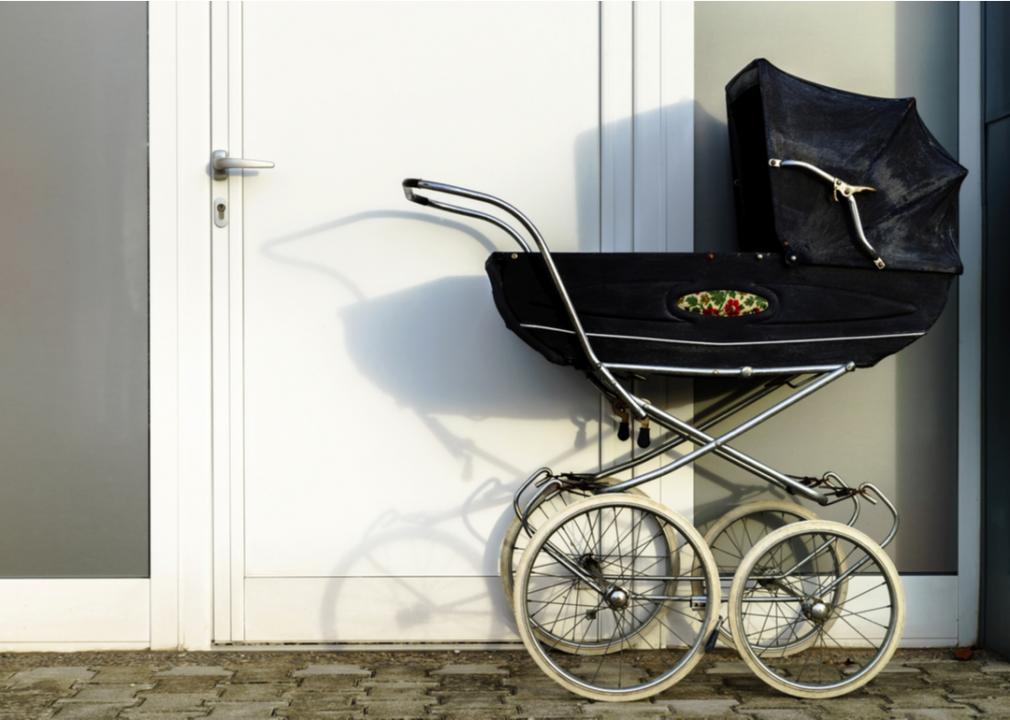 Scandinavia: Babies nap outside in winter

Many Nordic and Scandinavian parents don’t think twice about putting their babies outside in their carriage for an afternoon nap. Al fresco naps continue all year round—even in winter, when temperatures in cities like Stockholm regularly plummet to 23 degrees Fahrenheit. 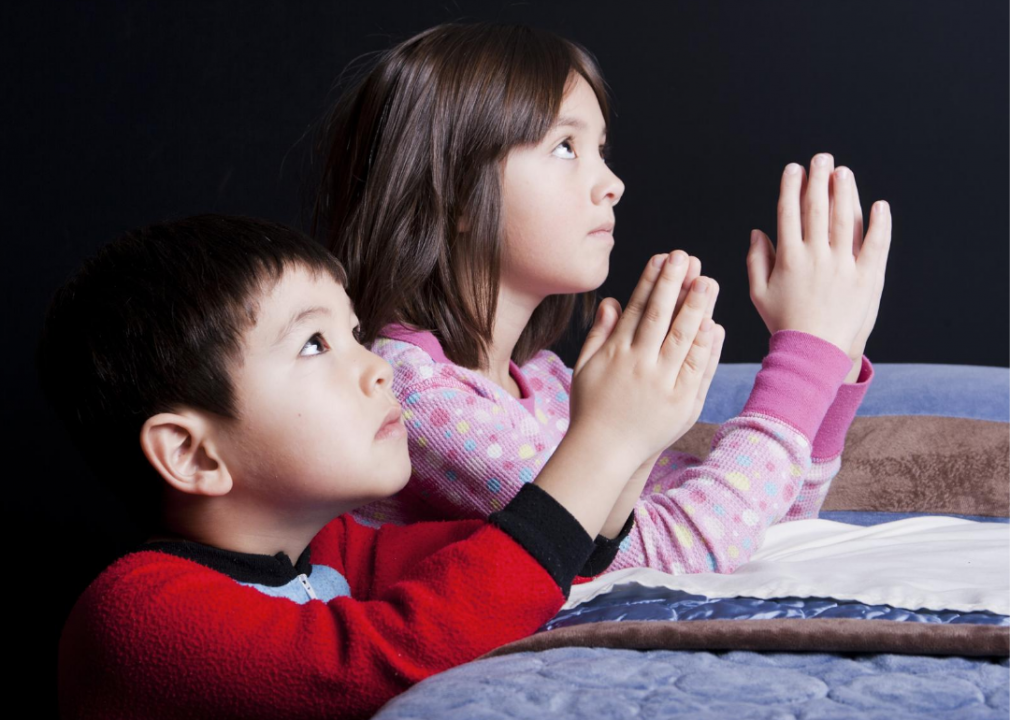 A 2013 survey from the National Sleep Foundation found that 62% of Mexicans pray or meditate before bedtime. The figure was 15 percentage points higher than the number of Americans who do the same thing. 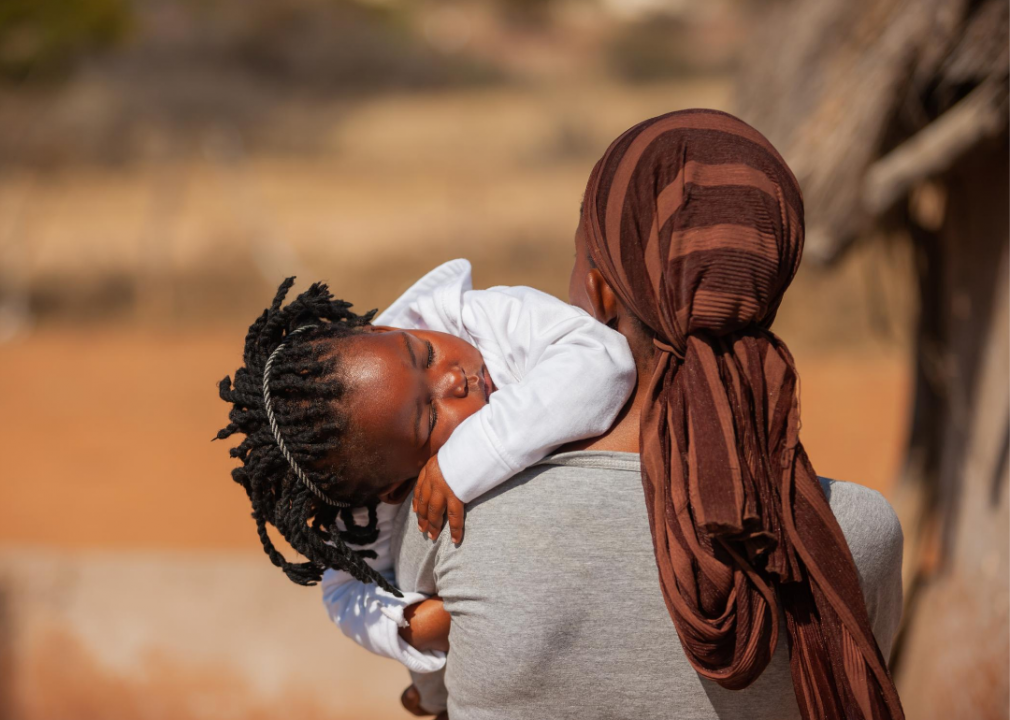 Forager groups in Botswana don’t have set sleeping and waking times. Instead, they drift off whenever they feel like it, whether it’s in the middle of the day or late at night, according to anthropologist Carol Worthman. 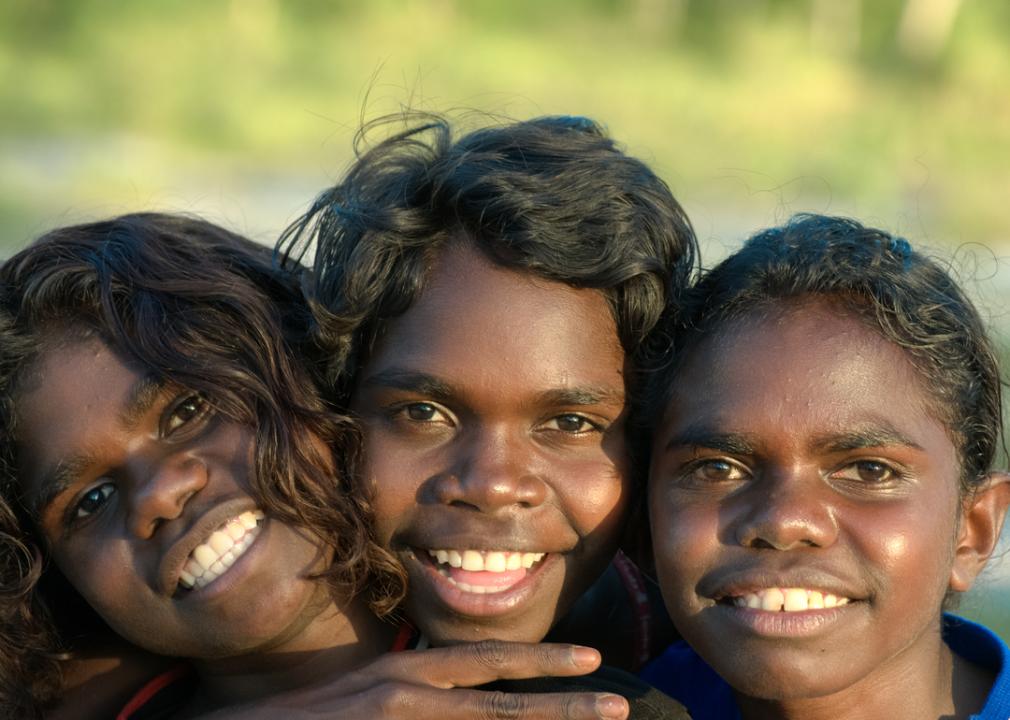 Members of indigenous groups in Australia have a “marked cultural preference” for co-sleeping, according to anthropologist Yasmine Musharbash. They often lay out their beds in row-like patterns called yuntas, with the most vulnerable people (like kids) in the middle and adults at the ends. 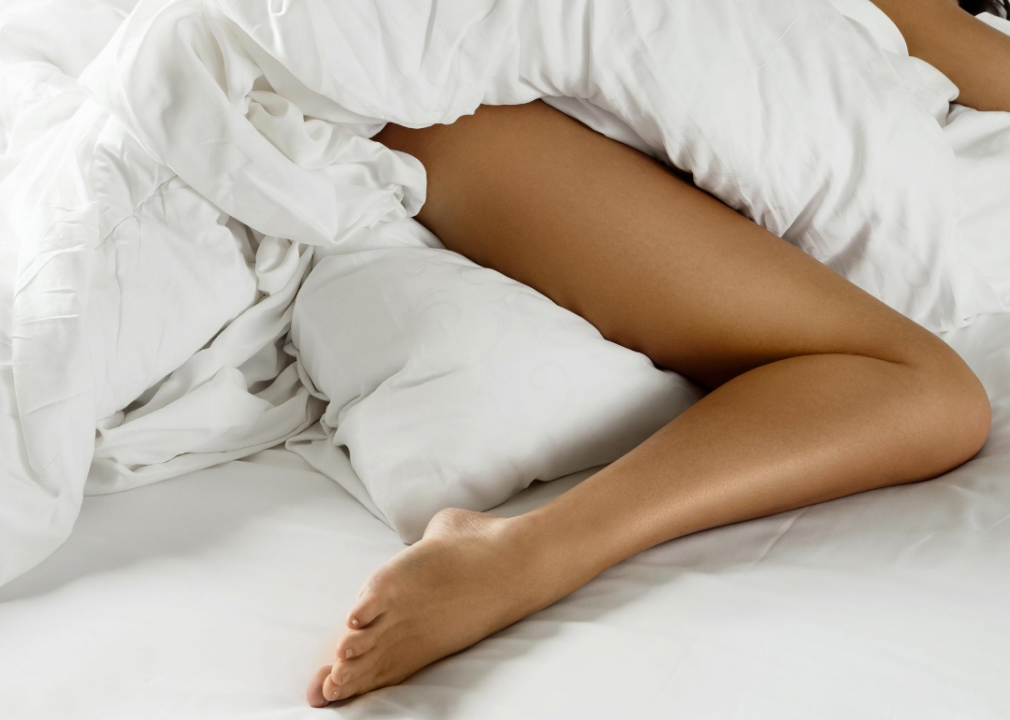 UK: Strip down before going to bed

A 2018 poll from Furniture Choice found that 23% of Brits choose to sleep naked. Catching some z’s in the nude is associated with health benefits like better sleep, clearer skin, and even improved male fertility. 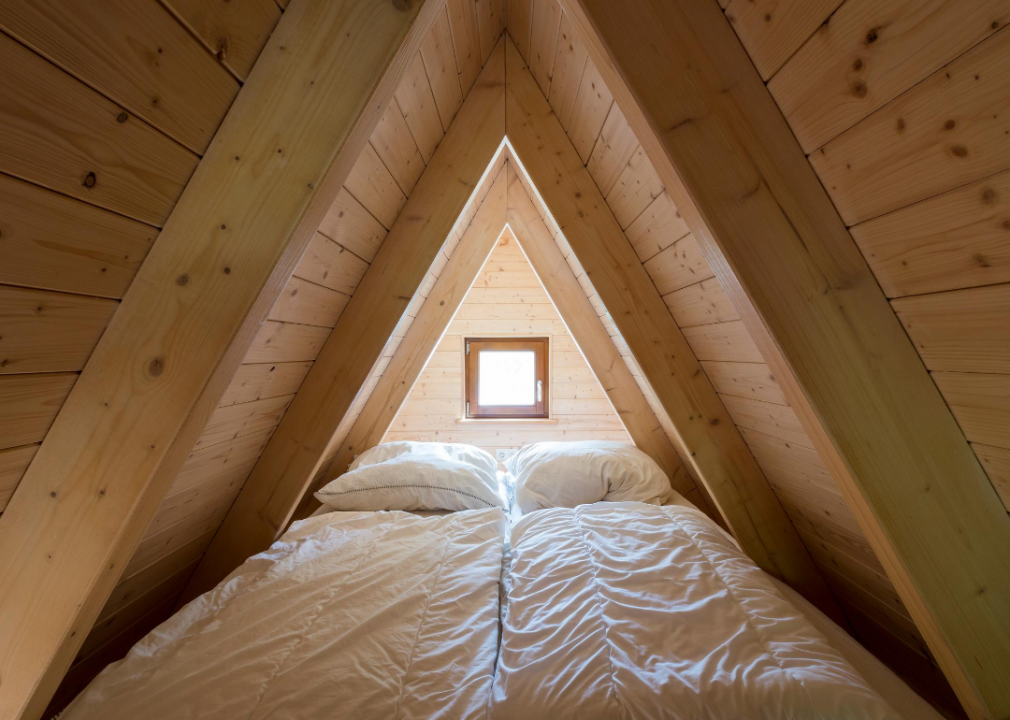 Sleeping with a blanket hog? Make like German couples and get a separate duvet for each person. The sleeping tradition is also found in Austria and Scandinavia, and has inspired product launches from Ikea. 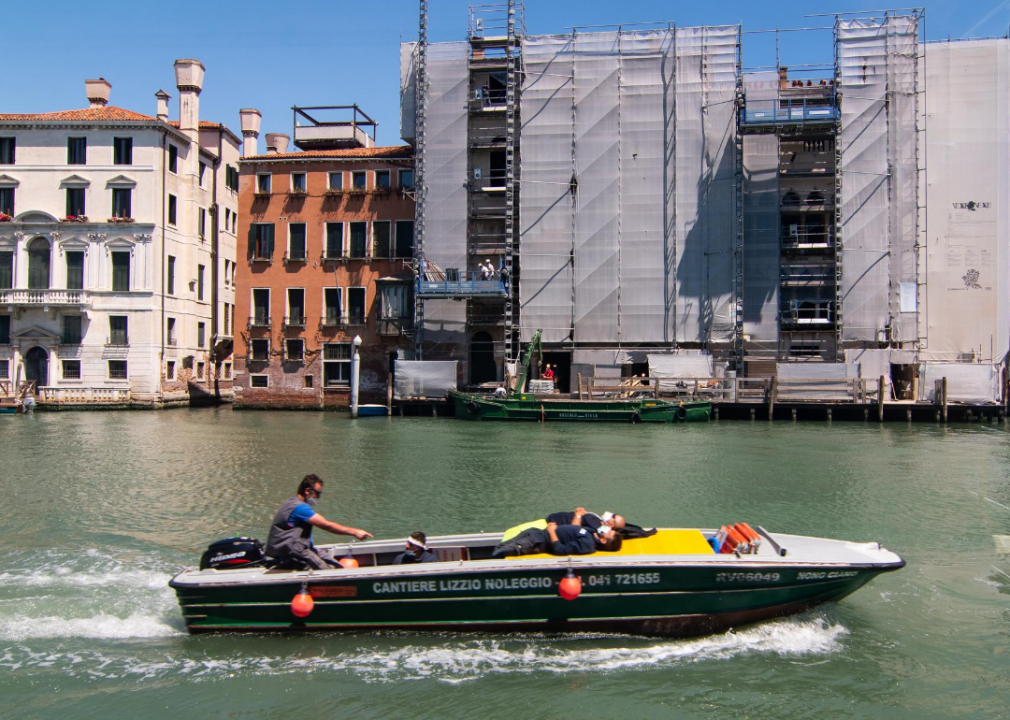 Like the Spanish siesta, Italians have their own midday nap known as a “riposo.” It usually starts just after lunchtime and lasts for two to four hours. 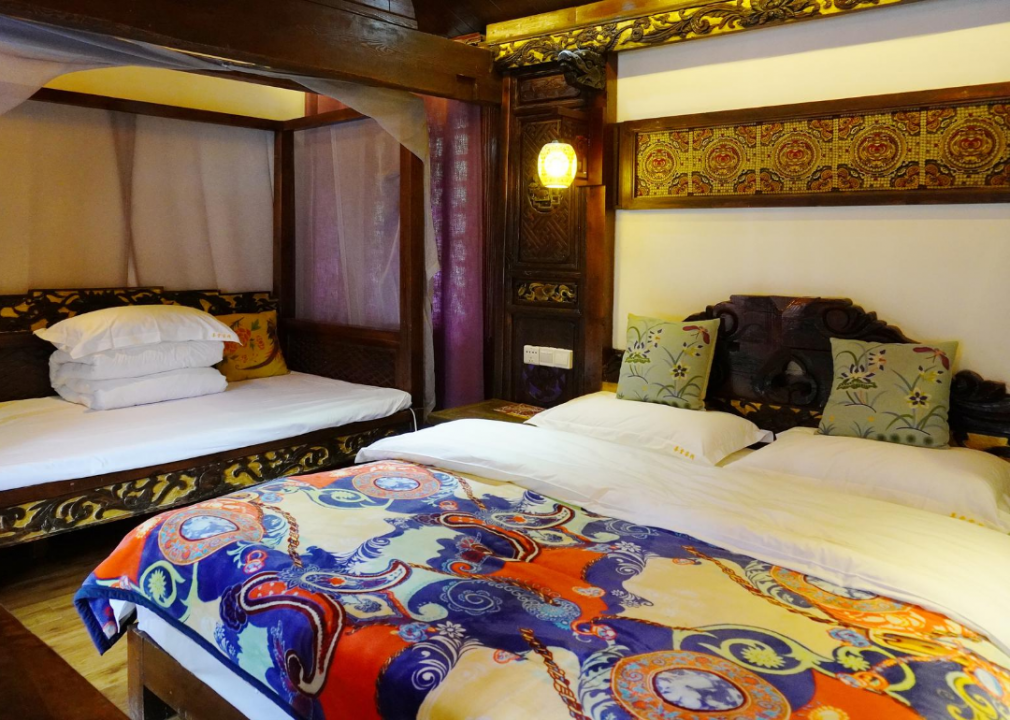 China: No mirrors allowed near the bed

The Chinese practice of feng shui discourages people from placing mirrors opposite the bed. The philosophy is that mirrors can bounce energy across a room, which can interfere with peaceful rest.. 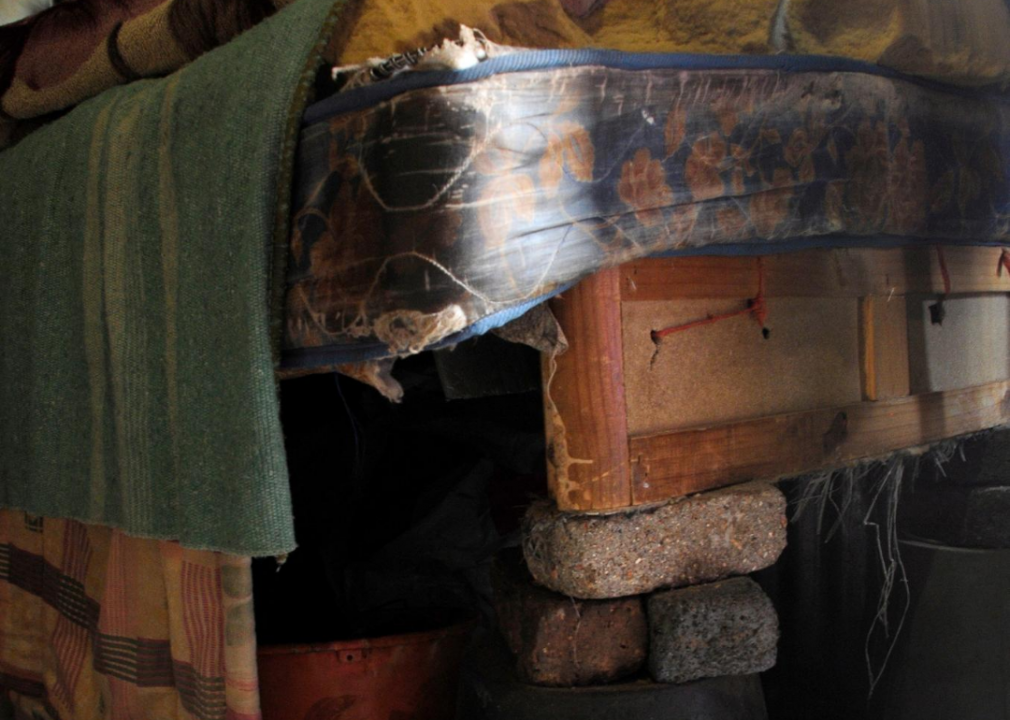 Some indigenous groups in South Africa elevate their beds using bricks. Keeping your bed high off the ground supposedly helps protect you from the tokoloshe, a mythical creature that possesses its victims. 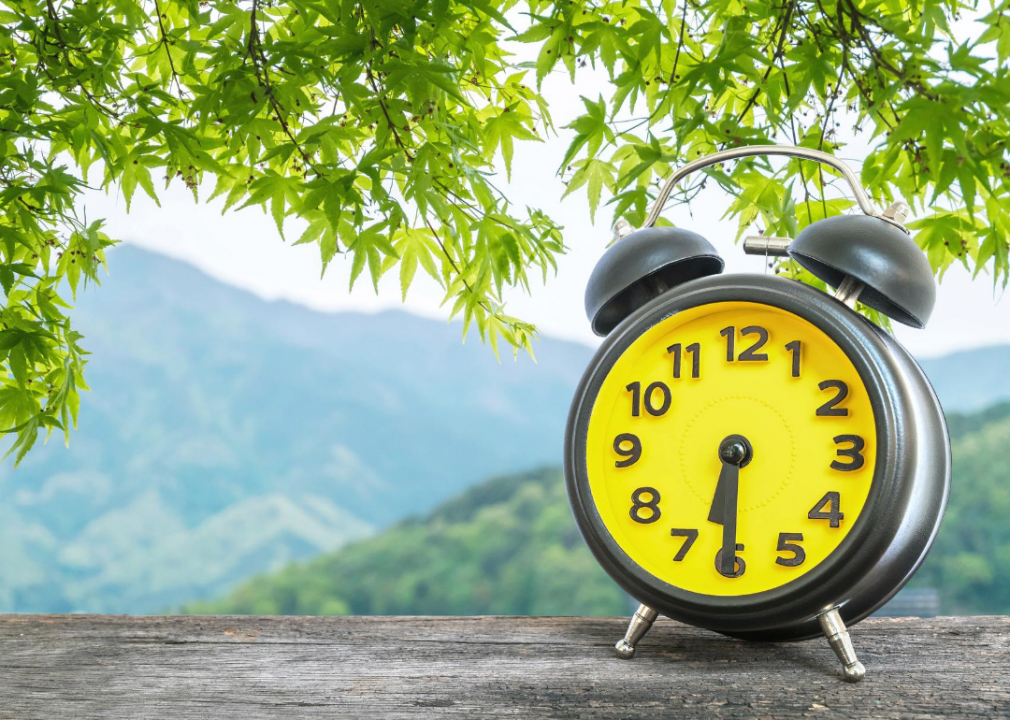 The community in Baependi, Brazil, has been shown to be one of the few remaining groups of people on Earth with pre-industrial sleeping habits. People there tend to go to sleep at 9:20 p.m. and wake at 6:30 a.m. 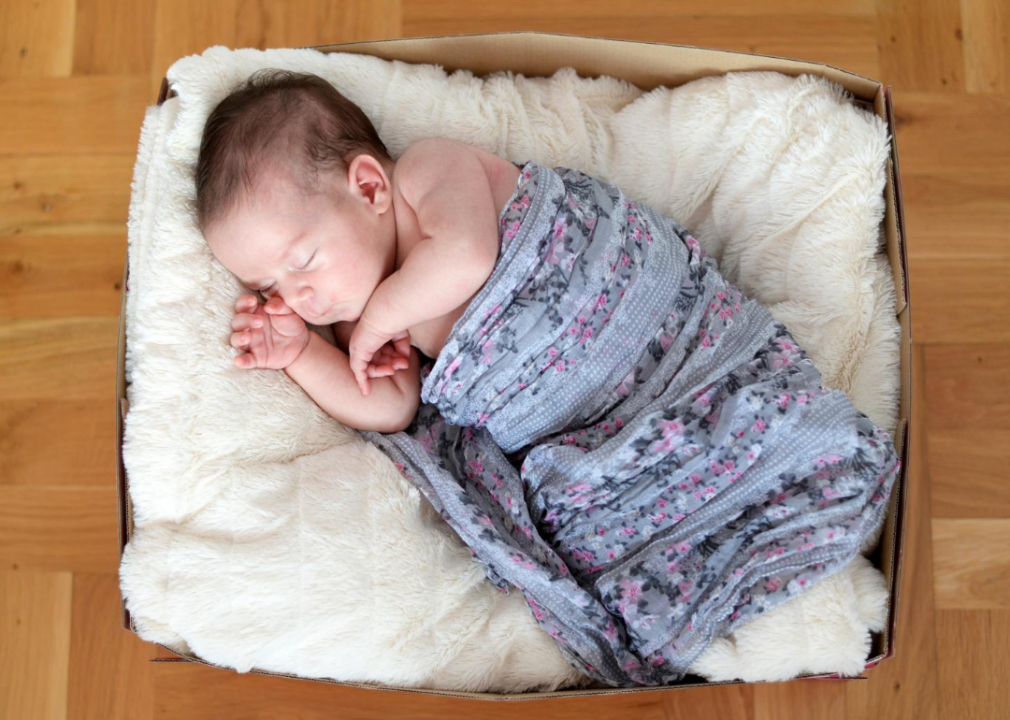 The Finnish government sends expectant mothers a box full of supplies, like sheets and toys, for their babies. The cardboard boxes can double as cribs for newborns. 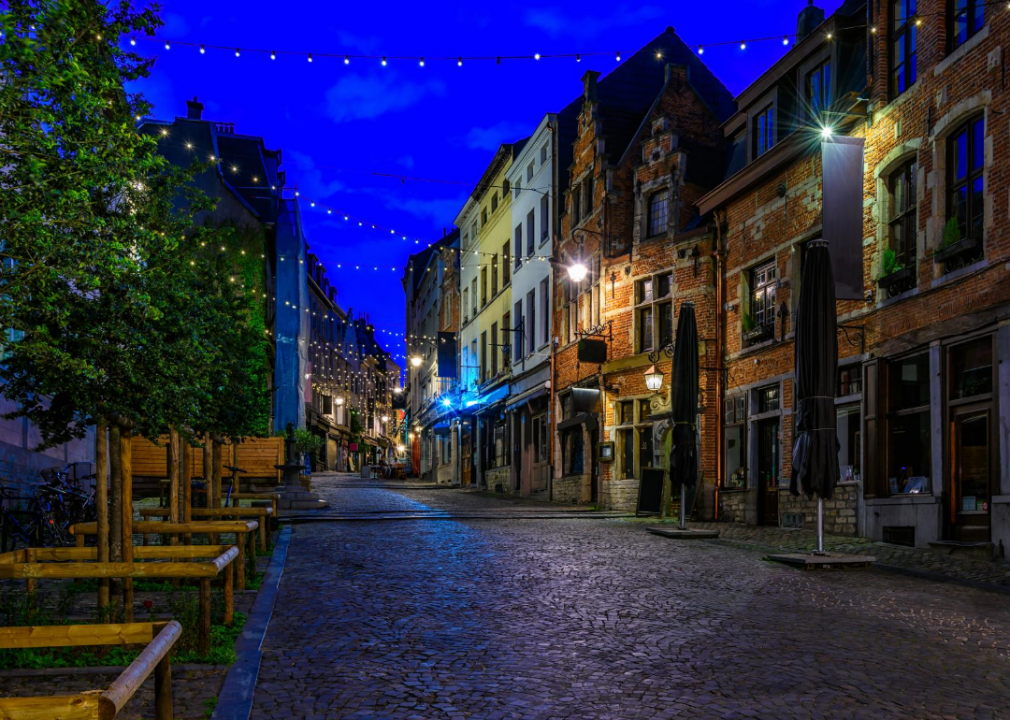 Belgium: Earliest bedtime in the world

A 2014 study of 8,070 people around the world revealed that Belgium women tend to have the earliest bedtimes. On average, they go to sleep around 10:30 p.m. 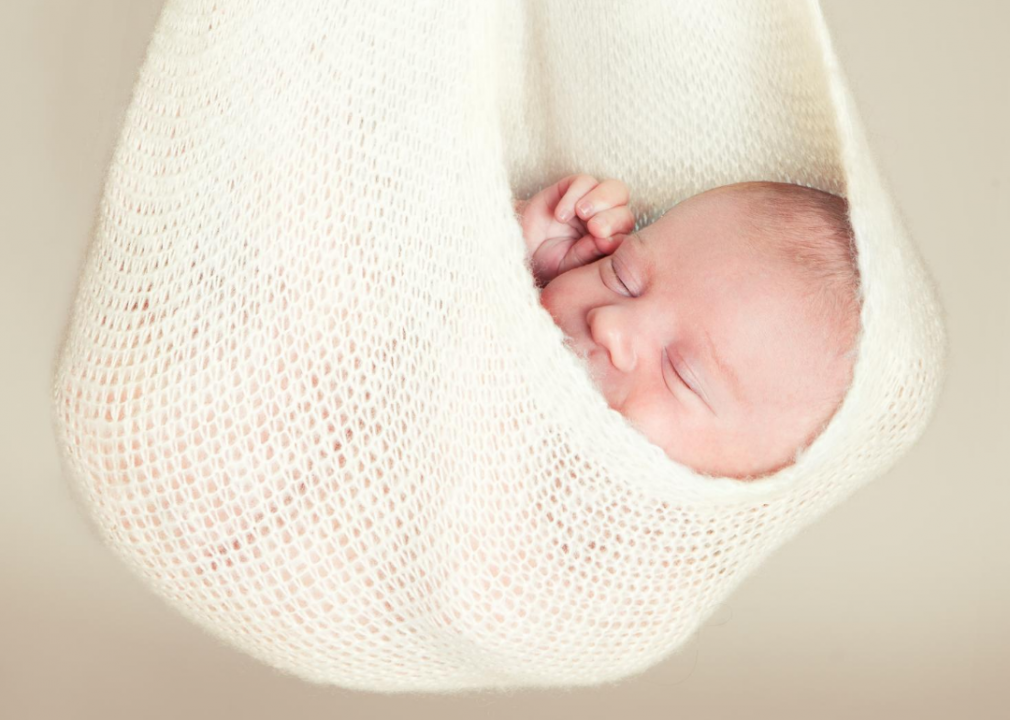 Newborns in Switzerland are typically placed in a hängematten, a type of hammock, for sleep. The idea is that the hammock’s rocking imitates the swaying they experienced in the womb, creating a soothing effect. 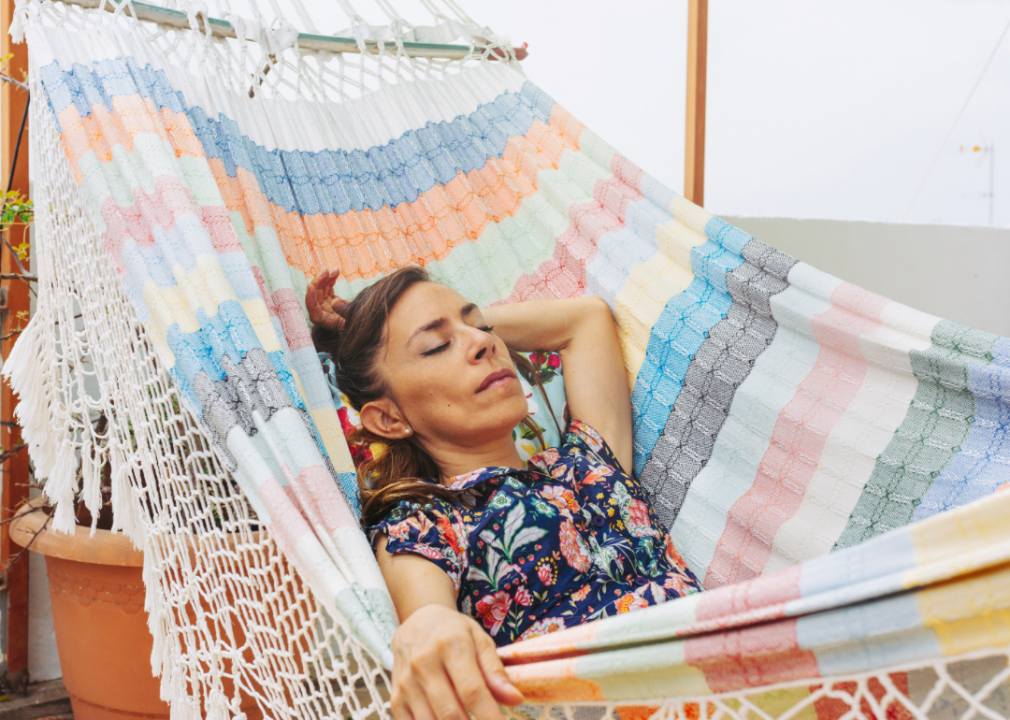 Polyphasic sleep, which involves two or more phases of sleep (rather than one extended period of rest) throughout a 24-hour period, is not uncommon in Egypt. People there tend to sleep about six hours in the evening and about two hours in the afternoon. 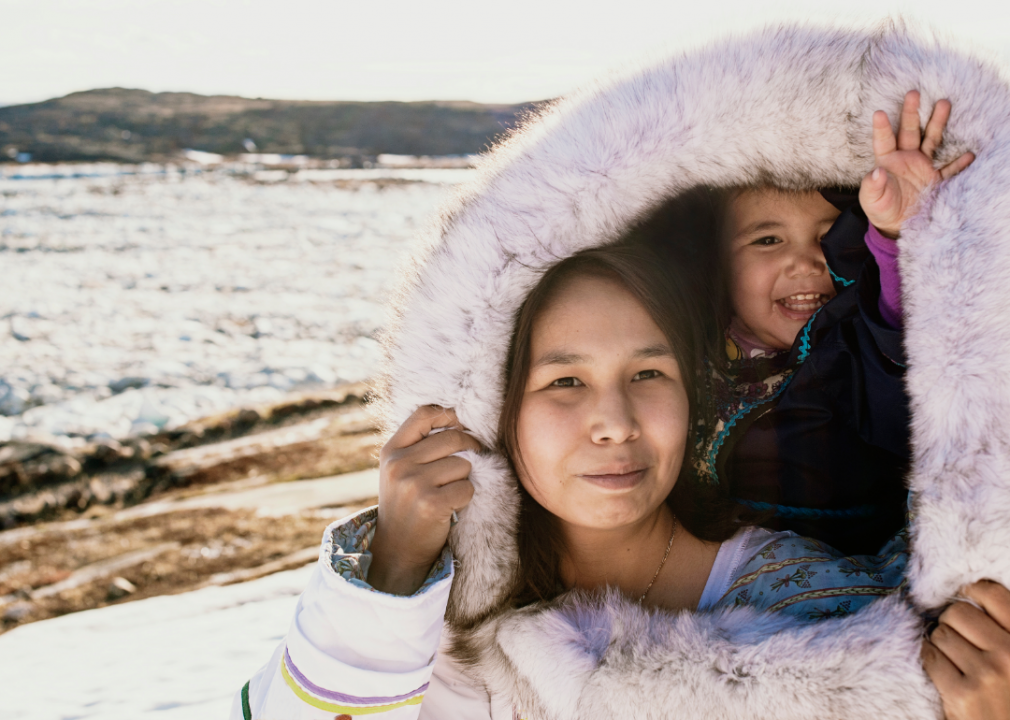 Cuddling with people on both sides when you’re getting ready for bed is common in Inuit communities in Northern Canada. Snuggling up helps people stay warm in their igloos. 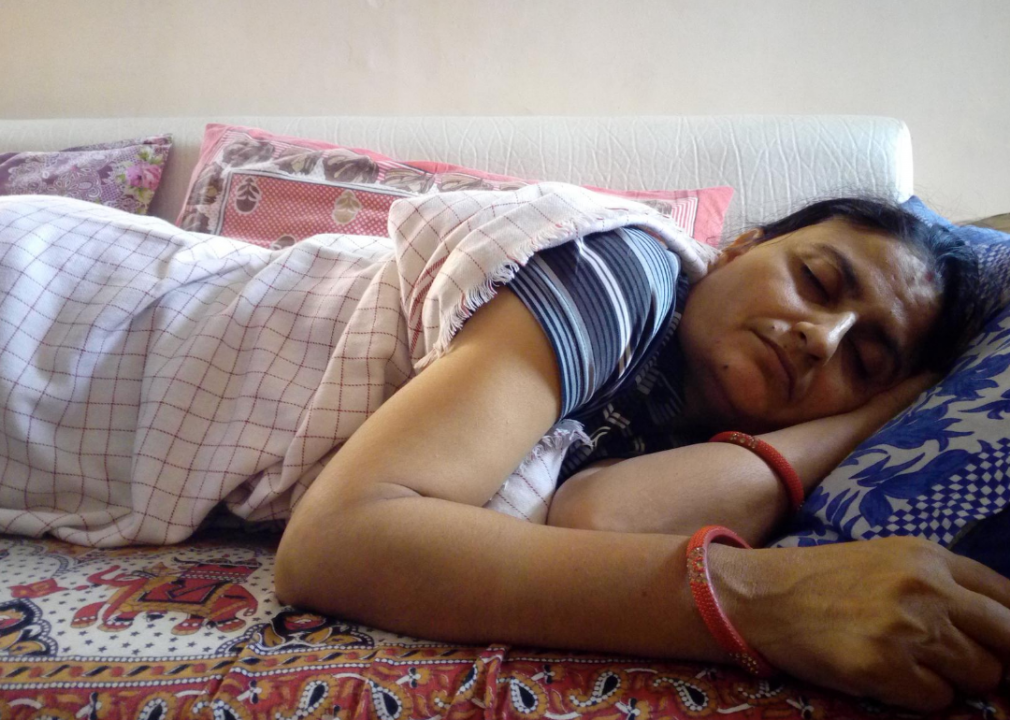 In South India, many women make sure not to fall asleep with their hair down. Legend dictates hair should be tied up before bed in order for a woman to avoid becoming possessed. 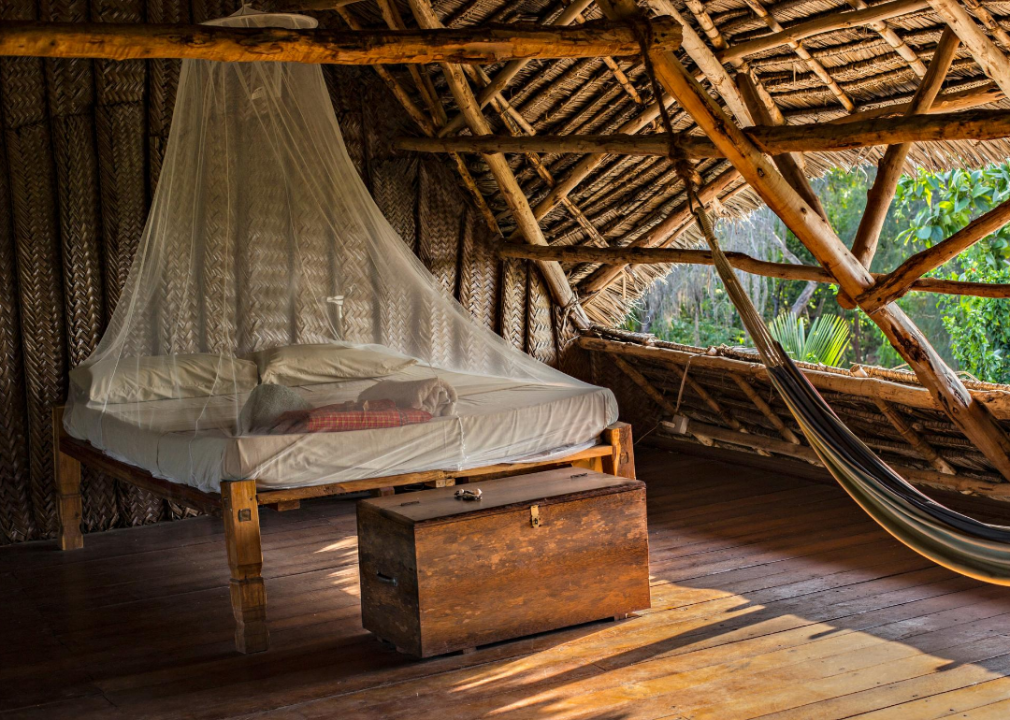 Sub-Saharan Africa: Sleep under a net to stop bug bites

Many people in countries throughout sub-Saharan Africa, including Ethiopia, Rwanda, Uganda, and Senegal, sleep beneath mosquito nets. The nets help prevent the spread of malaria from mosquito bites. 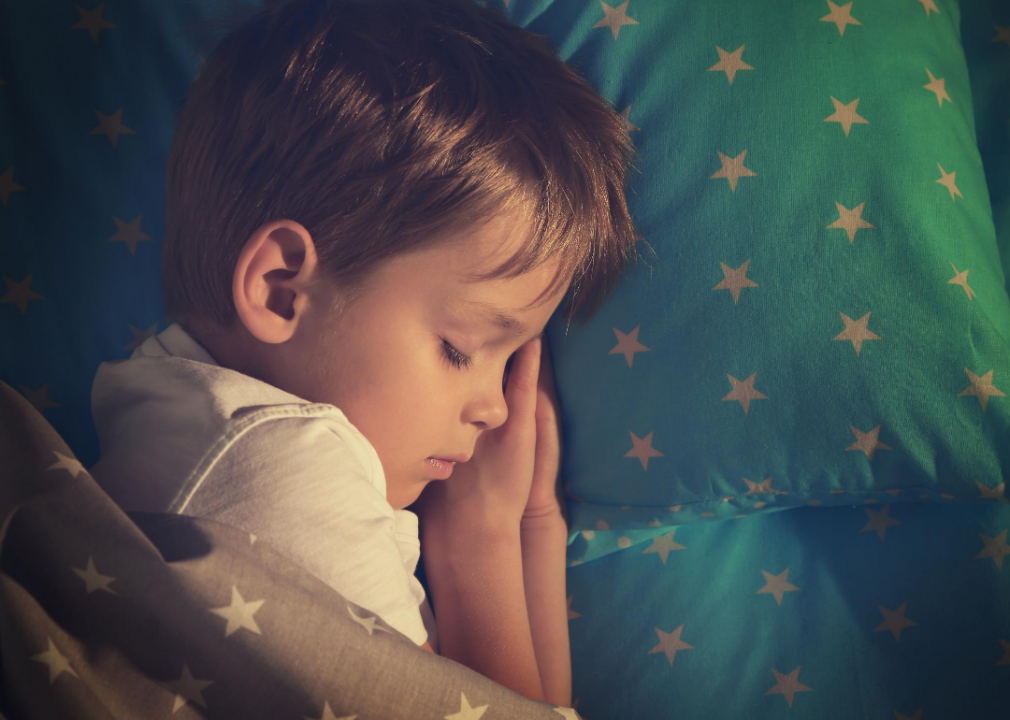 Argentina: Kids get a late bedtime

Bedtime doesn’t usually come along until 10 p.m. or later for kids in Argentina, according to Sara Harkness, a professor at the University of Connecticut. Parents use their kids’ extra waking hours to focus “on the social aspects of child development.” 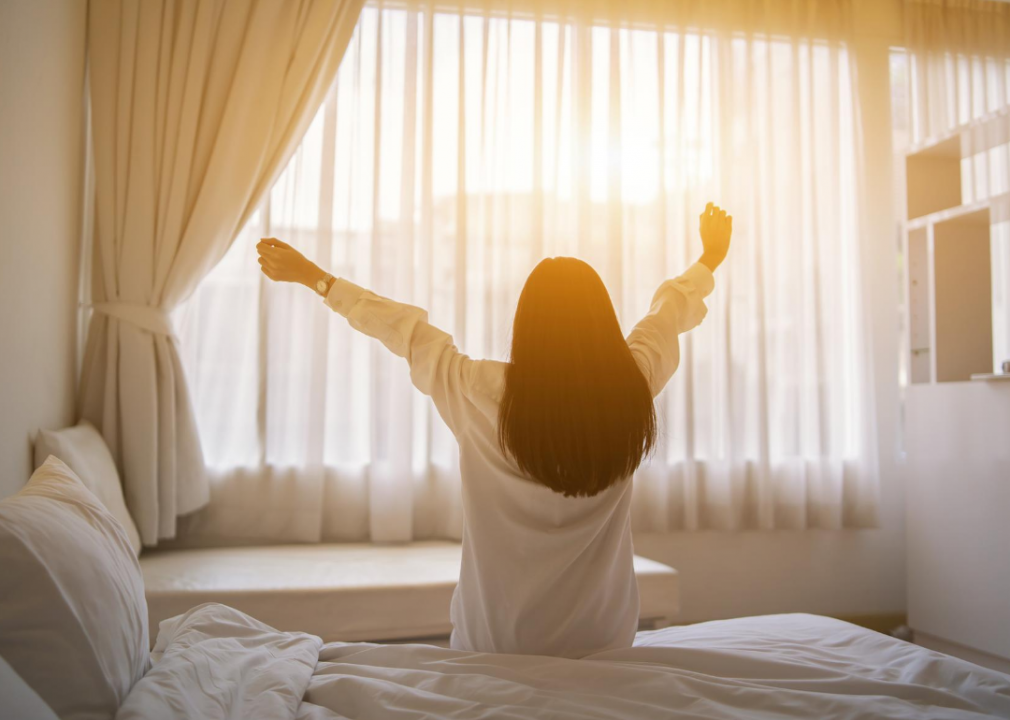 Have a nice day Photo // Shutterstock

A 2016 study that tracked smartphone data from 20 countries found that people in Singapore have the shortest sleep duration. On average, they sleep about 7 hours and 24 minutes. 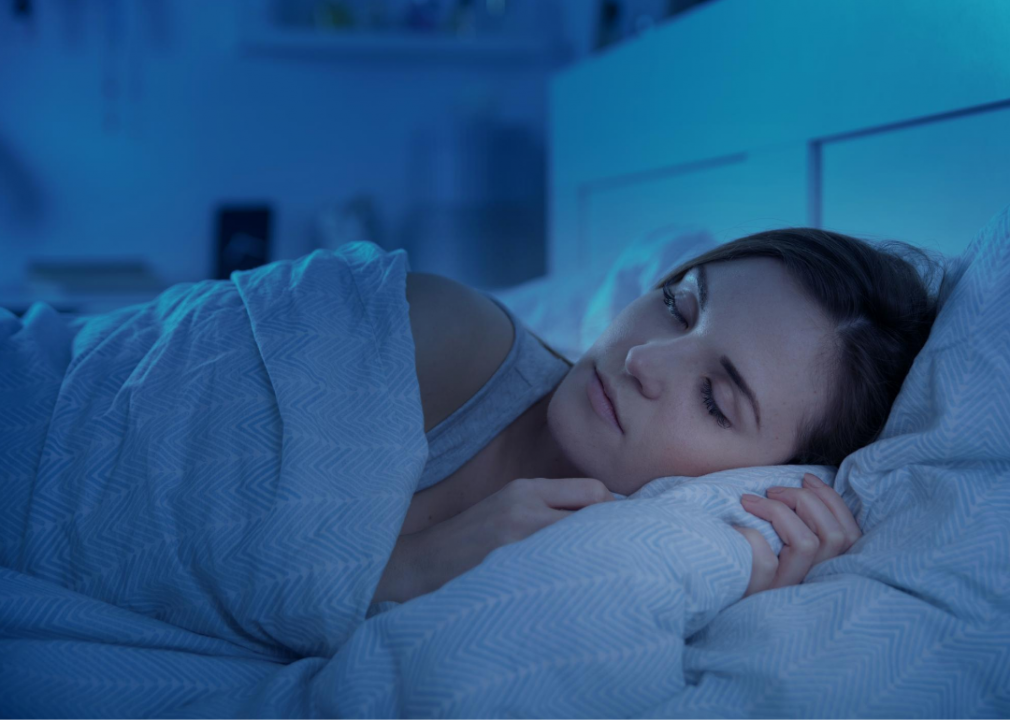 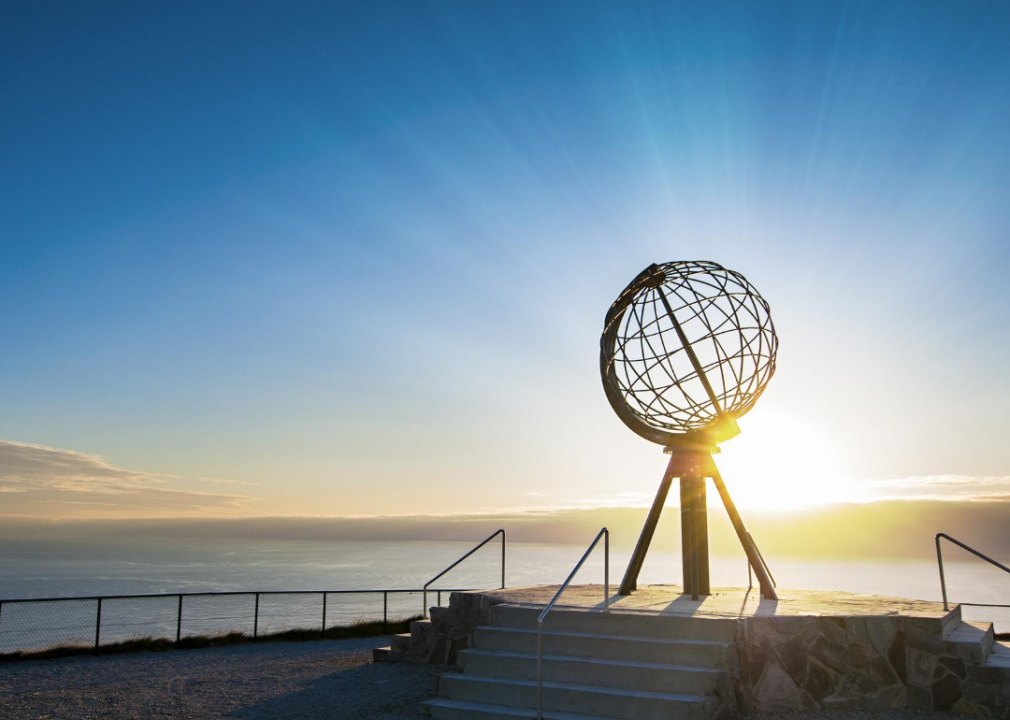 It can still be light out late at night in northern Norway during the spring. The "Midnight Sun," as the phenomenon is called, keeps people up late, and it’s not uncommon to see people sipping coffee or even hiking at midnight. 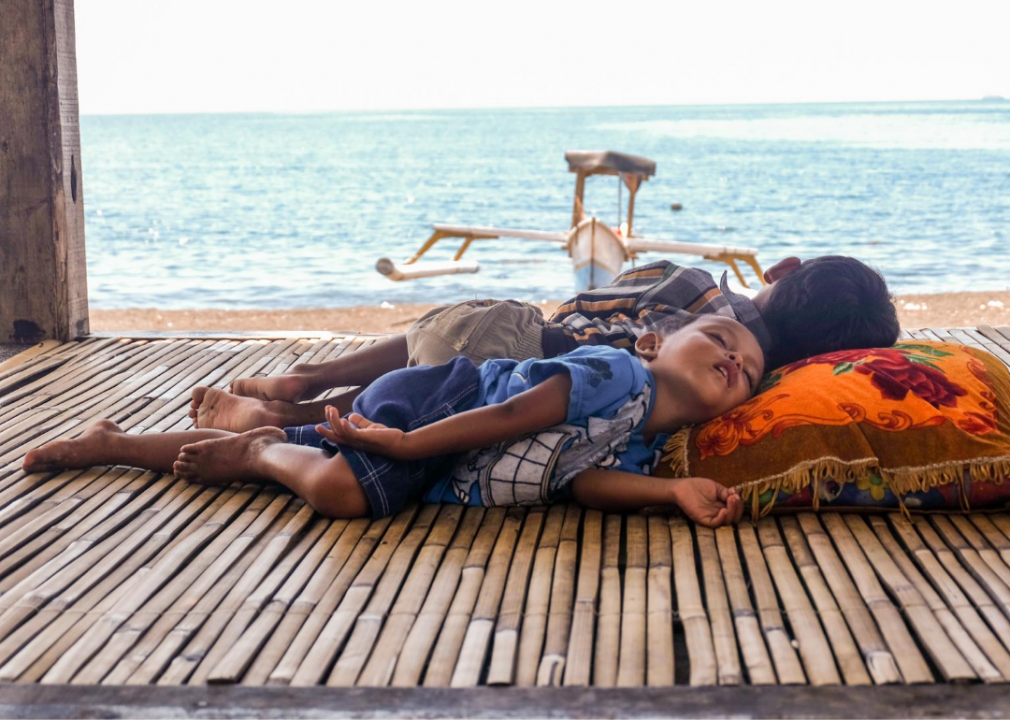 Some people on the Indonesian island of Bali have developed a technique called “fear sleep.” When they’re stressed out, they can instantly fall asleep, according to anthropologist Carol Worthman. 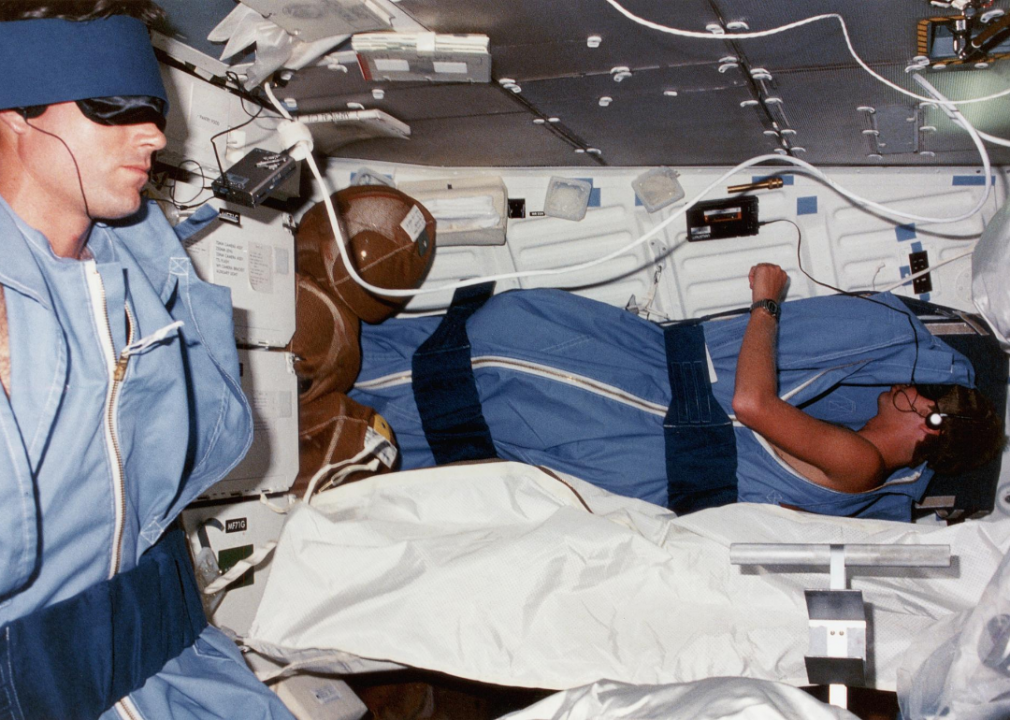 When it’s time to go to bed on the space station, astronauts crawl into their own private sleeping quarters and strap themselves into special sleeping bags so they won’t float around. Everything from the lighting and temperature to the noise and carbon dioxide levels is carefully regulated to promote optimal sleep.

September's Colors: Channel These Dreamy Hues in Your Home

How To Remove Pesky Blood Stains From Your Bedsheets